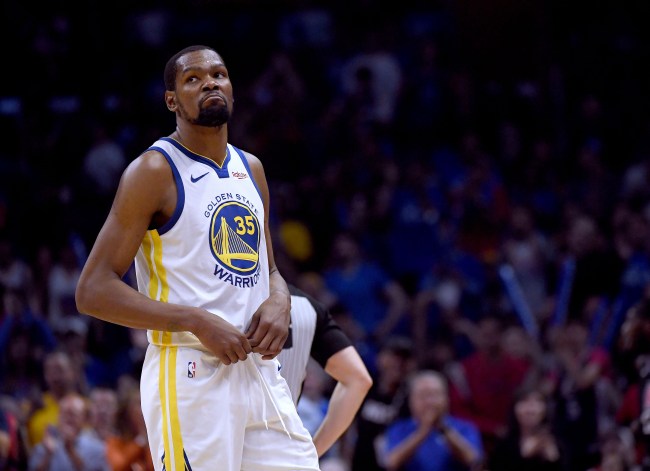 For the past couple of weeks Golden State Warriors forward Kevin Durant has been firing back at people on the Internet.
\
Just a few days ago Durant took shots at FS1 host Chris Broussard on Twitter over a dumb take about how the Warriors were better without him.

I see a little exaggeration there buddy, my worst nightmare?? U sure that this is the worst that it can get???

Today Broussard responded to KD’s tweet by claiming that they have a love, hate relationship with one an other and that they have texted for hours in the past.

"KD and I have a love-hate relationship. We've texted for 2, 3 hours straight about life, basketball, media, faith. … KD has gone at me much harder privately. We make a living critiquing athletes. It would be hypocritical of us to not be able to take it." — Chris_Broussard pic.twitter.com/tIMTgidgK4

Durant immediately called Broussard out on Twitter and claimed that the FS1 host couldn’t texted him because he didn’t have his number.

Broussard claims that they did indeed DM each other on Twitter.

It would be pretty funny if Broussard actually busted out DMs between the two.