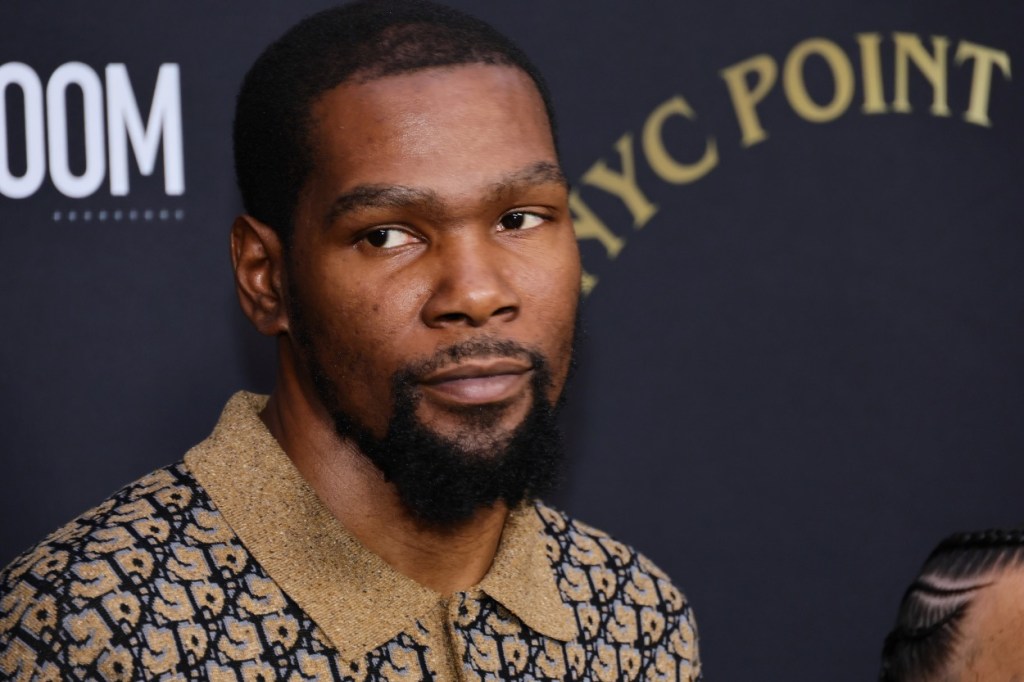 The three things certain in life are Death, Taxes, and Kevin Durant arguing with complete strangers on Twitter when they put disrespect on his name. 99 out of 100 times these people are probably tagging Durant just to clout chase and pick up the exposure because they know Durant simply cannot stop himself from taking the bait.

Kevin Durant currently has four years left on his contract with the Brooklyn Nets but he reportedly wants out. He spent his rookie season in Seattle before moving to OKC for 8 seasons and then onto Golden State for 3 before finding himself in Brooklyn.

With all of the recent chatter about where Durant will play next season, there doesn’t seem to be a sense of permanence, but we can rely on the fact that he will respond to complete strangers on Twitter and pick a fight with nobodies. He’s done it before, and he’ll do it again. In this instance, the person tagged Durant probably hoping to get a response… Just a heads up: if you’re bothered by profanity, this tweet isn’t for you.

U enjoy having a shitty car and getting to work and not being able to connect to the internet? https://t.co/cPUf9Zfr6W

‘I actually love when life is harder than it’s supposed to be’ is a really weird way to go through life. Personally, I love when my hard work pays off and everything goes as it’s supposed to because it means my previous hard work was strategically worth it. But I won’t knock someone who loves suffering. The world needs more tireless workers…

Fans were absolutely clowning on this ‘rise and grind’ tweet that tried to take a swipe at KD.

"You eat pieces of 💩 for breakfast?" pic.twitter.com/vhUaa6FC1w

He’s got that dawg in him 🤣

It is remarkable that this guy was having a miserable day and his first thought was ‘I need to tag Kevin Durant in my misery’ and then he got dunked on.

My man Michael really went through all that and the first thing he thought of was KD.

Durant has already earned $306,172,746 in his career. When he has car trouble he could just walk into the Bentley dealership and buy a new one. If his Internet goes out he could simply go about his life without a care in the world.

The one thing I’ve never understood about Kevin Durant though is why he argues with strangers on Twitter. Rule #1 on the Internet is ‘don’t read the comments’ and KD’s been breaking that rule every day he’s been on Twitter.