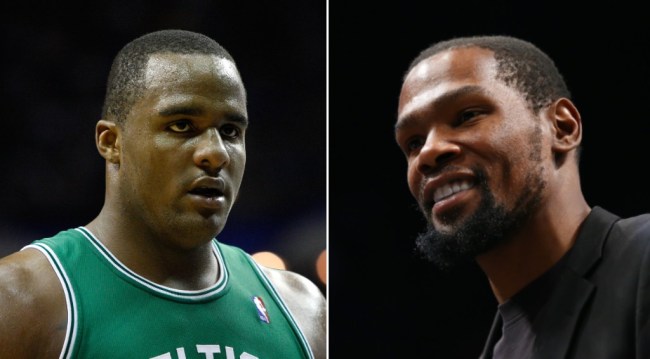 On Sunday night after game 4 of the Nets-Celtics series in Boston, Irving walked over to the mid-court logo to stomp on it.

On Monday morning, former Celtics’ great Kevin Garnett reacted negatively to the video of Irving stomping on the logo. 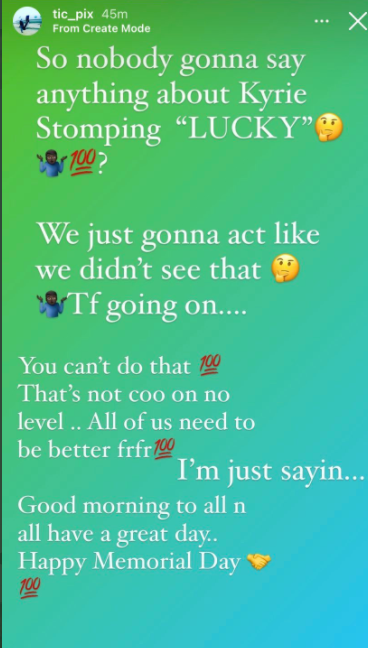 Kendrick Perkins, who played with Davis and Garnett, didn’t seem as annoyed by Irving’s logo stomp.

“When you’re competing and you’re getting booed and people are chanting at you, and you come in there and drop 40 points, I don’t know how a person may overreact and I don’t how a person will celebrate…It wasn’t like he kicked Brad, or talked noise to the bench, I can’t tell Kyrie how to celebrate after he just had a monster night after getting booed and people chanting things at him”