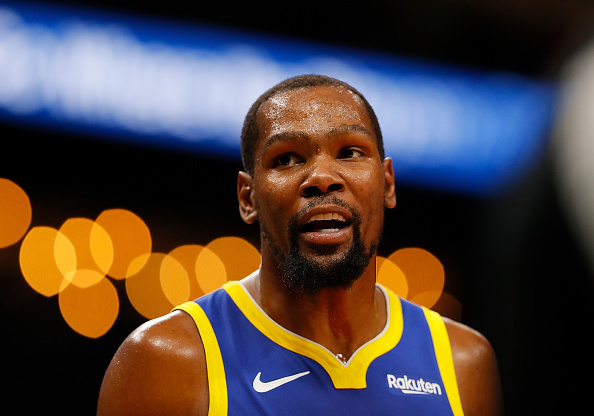 This afternoon, The Athletic’s Shams Charania released an in-depth interview that he conducted with Warriors star forward Kevin Durant.

In the piece Durant spoke about why Kobe Bryant and Michael Jordan are “by far better than anybody who’s played the game”.

“Just the way they move, I don’t understand why people don’t realize what they’re seeing in these three, especially Jordan and Kobe. Kyrie is younger than me, and that’s one of my best friends, so I watch his stuff. I get to play with Steph [Curry] every day, so I know his game inside and out.

“But watching Kobe and Mike, I’m like, ‘How do you not realize how good these dudes are?’ How do you not say they’re by far better than anybody who’s played the game? Just by the way they move, how fluid they are.”

Of course fans of LeBron James noticed Durant didn’t include Kobe and Jordan in his list of greatest players to play the game and they lost their shit.

“By far” is super disrespectful to LeBron pic.twitter.com/NQrdjH1TmP

He salty because Lebron and the lakers are at their neck and Lebron don’t even have a team as good as the warriors and he have the lakers damn near on top of the west with role players. 😂😂 kobe or MJ couldn’t lead teams that Lebron has ever lead to the playoffs

When someone brings up Kobe in the goat conversation pic.twitter.com/q0GbwvKr25