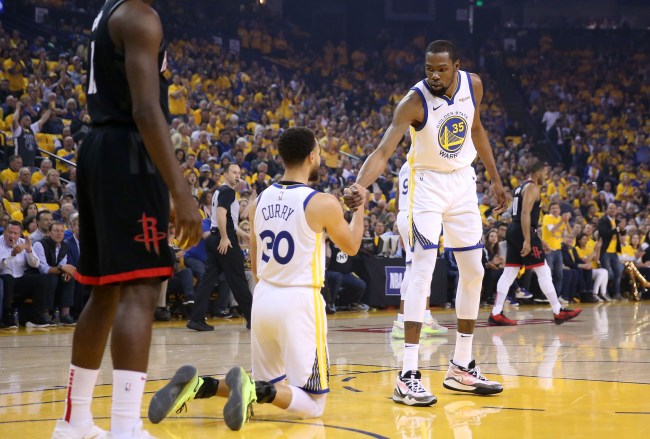 I can’t believe I’m saying this about a team that has made the NBA Finals the past five years and plays in a state that doesn’t have to battle winter, but, I feel bad for the Golden State Warriors.

Their roster is completely decimated, they lost to the Suns Wednesday night to drop to 1-3, Draymond Green’s own mother is mocking them on social media, and Steph Curry just fractured his hand.

To add insult to injury for Steph, who will be out for a significant period of time, wasn’t even extended the courtesy of being named to Kevin Durant’s Top 5 NBA Players list that he listen on Thursday morning’s episode of First Take.

Durant’s list shouldn’t be any surprise seeing as just last week, KD didn’t even include Curry in the list of Top 5 Players he’s ever played with. So cold.

KD names his all-time starting 5 out of all the players he played with:

“We can switch everything on D, we got all-world scorers..that’s a perfect team”

Let’s see if KD is as high on Kyrie after this season when he witnesses him throwing a silent temper tantrum for 82 games.