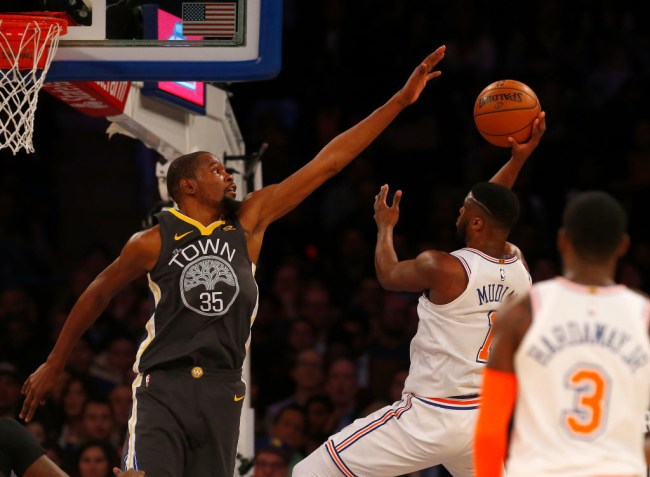 Stop me if you’re having deja vu, but the New York Knicks suck again. Like they have for the past five years, and even the “great” Carmelo Anthony/Amar’e Stoudemire led Knicks of the 2012-2013 season got bounced in the conference semis. The team hasn’t sniffed the playoffs since. What a fucking waste of the NBA’s biggest market.

I live in New York now and cannot tell you how desperate these people are. They were just dying to dub Kristaps Porzingis “PorzinGOD” the second he made a bucket. Despite losing records the past five seasons, including the JV team they fielded in ’14-’15 that won a whopping 17 games, the Knicks are always just “one piece away,” according to every asshat in Midtown screaming in my ear.

Now, the “greatest city in the world” has resorted to plastering giant recruiting billboards on its buildings in hopes to lure a player who’s set to win championships hand-over-fist for the next half decade. This is the equivalent to a Joey Bagadonuts commenting on Emily Ratajkowski’s Instagram pics, “Beautiful! Can I get a follow back??” Clean it up, pal.

Not to mention, check out the billboard. It looks like an Intern at SIMS drew it up. The billboard also features a challenge to Durant, asking the former MVP, “can you make NY sports great again?”

Believe it or not, Durant, whose team is 4-1 and lives in sunny California, was less than impressed with the tactic.

Kevin Durant on the billboard that’s up in Manhattan imploring him to come to the Knicks: “I don’t really know how to feel about that type of stuff. It’s cool. No disrespect, but I’m not really impressed with that type of stuff.”

If there’s a bright spot for the Knicks, they recently waived Joakim “WTF Happened To You?” Noah, reducing Noah’s cap hit of $19.3 million in 2019-20 to $6.4 million, in an effort to attract free agents this offseason. KD, however, couldn’t be less interested.