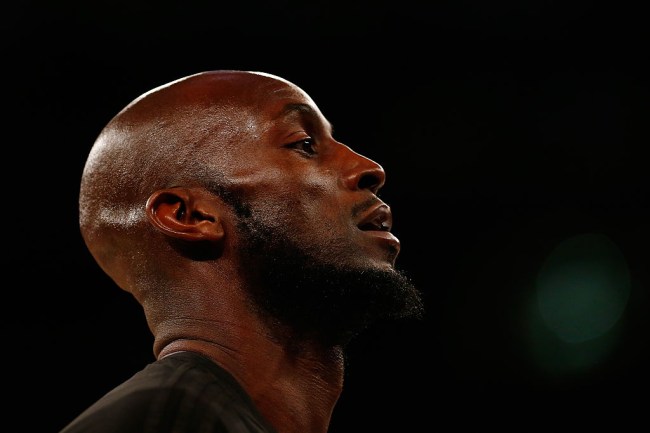 Kevin Garnett is reportedly the NBA’s all-time leading salary earner at a cool $326 million, sans endorsements. The 15-time All-Star has made so much money that for years, he had no idea his accountant helped a wealth manager steal millions from him.

Garnett is suing his former accountant Michael Wertheim for allegedly assisting wealth manager Charles A. Banks IV to steal $77 million from him. If the name Charles A. Banks rings a bell, he’s the same dude who was sentenced to four years in federal prison and ordered to pay $7.5 million in restitution for defrauding Tim Duncan.

Wertheim “possessed actual knowledge that Banks was helping himself to millions of dollars of Garnett’s money and did nothing about it,” according to the suit.

“Banks intentionally … looted Garnett of his earnings and assets for many years, including the many years that Welenken and Wertheim provided accounting services to Garnett and his business interests.”

The lawsuit also states that Wertheim “worked in concert” with Banks, a once wealthy winery executive, to put Garnett on an allowance that he was urged to abide by. It cites one instance in August 2013 when Garnett asked to withdraw $40,000 of his own money, but the Banks and Wertheim denied the request.

The suit points to one Banks-Garnett venture as a prime example of how the Atlanta businessman stole from his partner:

California-based Hammer Holdings made investments chosen by Banks under the supposed arrangement that Garnett and Banks each held a 50-50 interest. However, Garnett learned that Banks “helped himself to millions of dollars of Hammer’s funds,” even though Garnett put in $57 million at Banks’ direction while Banks contributed about $2.5 million.

77 million, man. What a fucking dick.