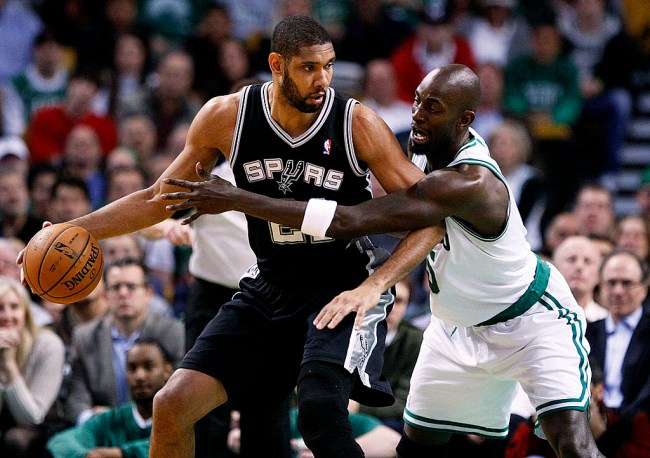 It goes without saying that professional athletes are some of the most physically-gifted people on the planet but a ripped physique and superhuman strength will only take you so far, as anyone who wants to truly excel in their sport also has to master the mental aspects of the game—especially when it comes to dealing with trash-talk.

Talking shit is an art form and people around the sporting world have mastered the craft over the years. However, I’d argue that no league has been home to more of these artists than the NBA.

The nature of basketball makes the court the optimal environment for slinging verbal barbs at your opponents, as players are in close proximity to each other over the course of the entire game and consequently have plenty of opportunities to get into the heads of their competitors.

Guys like Michael Jordan and Larry Bird had a tendency to psych out defenders by literally telling them how they were going to score on them before doing exactly that, which is an incredibly effective way to beat someone’s confidence into submission.

However, there’s another category that was favored by the likes of Tony Allen and Kevin Garnett that involves taking the time to research the personal lives of other players with the goal of finding information that can be used to say some incredibly hurtful shit in an attempt to get under someone’s skin.

Back in 2010, Garnett caught a fair amount of heat after Charlie Villanueva accused him of saying he looked like a cancer patient. However, I’d argue that pales in comparison to the time the power forward allegedly told Tim Duncan “Happy Mother’s Day, motherfucker!” during a playoff game (the mom of the legendary Spur died of breast cancer when he was a teenager).

However, according to Larry Brown Sports, it appears Garnett grew to respect the hell out of Duncan, as he recently chatted with Matt Barnes and Stephen Jackson on an episode of All The Smoke and revealed the bank-shot master was also a sneakily amazing shit-talker and that he eventually stopped harassing the walking advertisement for The Gap after realizing it failed to make an impact.

"He didn't talk in sentences, he hit you in phrases. No gangsta shit." pic.twitter.com/ZdAMlkEOt4

Duncan telling someone “Nice try” after a miss is easily the most on-brand thing I’ve ever heard, and while I didn’t think it was possible for me to love him more than I already did, I guess Garnett just proved me wrong.