Kevin Kisner Asked Tiger Woods To Tell His ‘Chick Stories’ Over A Few Beers, Tiger Wasn’t Having It 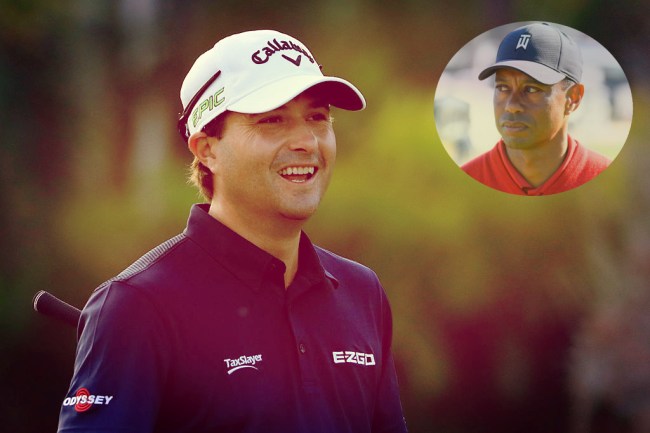 Kevin Kisner is one of the most easy-going golfers on the PGA Tour. Don’t get it twisted, he’s a fierce competitor – you don’t win three times on Tour without a killer instinct – but away from the course he’s just a regular dude, which is why most golf fans pull for him week after week.

The 37-year-old is also a straight shooter, so when he had the chance to be around Tiger Woods at the 2017 Presidents Cup he took it upon himself to ask him a couple of questions. Kisner represented the U.S. in the Presidents Cup that year while Woods was a captain’s assistant.

During his appearance on the latest episode of the Rippin’ It podcast with Harold Varner III and George Savaricas, Kisner explained that the best part of team events is simply getting to hang out with all the players and captains. During regular weeks on the PGA Tour, most players sort of do their own thing, so it’s nice to share stories with everyone during these team events.

Kisner explained that Steve Stricker, the team captain in 2017, had all the players hang out in one hotel room each night as a team bonding sort of thing. This was obviously an opportunity for players to pick Woods’ brain, but Kisner wanted to hear all the ‘chick stories’ he had from over the years.

“I always try to get Tiger to tell me all the chick stories, but he never would,” Kisner explained. “I was like ‘Tiger, let’s hear your best story, how’d you pull all that off and win major championships?'” He was just like ‘shut up, Kis’ and then he would leave.”

Be sure to check out the full episode of Rippin’ with Kisner on YouTube and subscribe to the show on Apple Podcasts, Spotify, and Anchor.