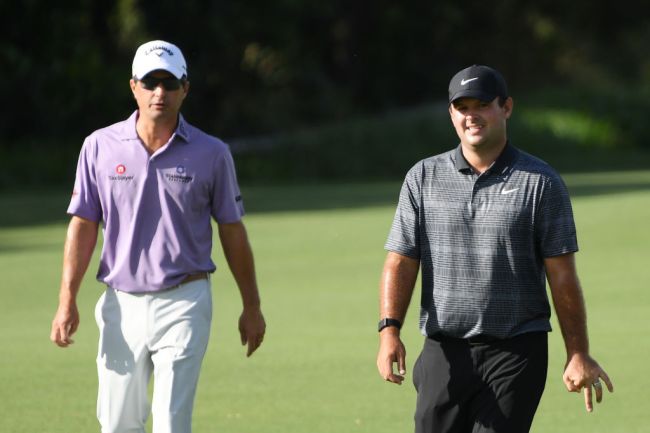 Patrick Reed is not the most liked player on the PGA Tour, that’s not a hot take or anything, that’s just a simple fact. Given the many stories out there about his past, incidents that have taken place on the course, and the rumors constantly surrounding his name, Reed is looked at as a villain by some golf fans.

Speaking of stories that portray Reed as some sort of bad guy, back in December of 2018, three-time PGA Tour winner and fellow Georgia Bulldog Kevin Kisner offered up a rather telling quote about Reed when discussing his controversial past and his reputation at Georgia.

“They all hate him – any guys that were on the team with him [at Georgia] hate him and that’s the same way at Augusta,” Kisner told Golfworld. “I don’t know that they’d piss on him if he was on fire, to tell you the truth.”

With that quote, you can see why practically everyone assumed that Kisner and Reed had some sort of beet, but apparently, that isn’t the case at all.

Kisner joined Harold Varner III and George Savaricas on the newest episode of Rippin’ It and cleared the air about Reed, explaining that the two are actually really good friends. Kisner also brought up Reed’s ‘cheating’ controversy that took place at the Farmers Insurance Open earlier this year essentially calling the whole situation ridiculous.

“We’re boys, everybody thinks that we like have this animosity cause I made that one quote that everybody wanted to publish,” Kisner explained. “I told him afterwards I wasn’t even saying that about you and me, I was saying all the guys hate you that you played with cause you did terrible things to them and he was like ‘I know, I got it man.’ He busts my ass all the time and I give it right back to him.”

Savaricas then asked Kisner who the most misportrayed player on Tour is, which is when Kisner spoke about Reed at the Farmers Insurance Open and the embedded ball situation.

“That whole thing that he was cheating in San Diego with that ball drop, like, I’m sure he’s done some questionable things. People are all over him. If Harold or I would’ve done the same thing, nobody would’ve said anything,” Kisner explained. “That’s exactly how we all do it.”

Everybody has an opinion on Patrick Reed, but he and Kevin Kisner are boys.@K_Kisner talks about the hate toward Reed, this week's PGA Championship, and Tiger Woods on @RippinItPod. ⛳️

Be sure to check out the full episode of Rippin’ on YouTube and subscribe to the show on Apple Podcasts, Spotify, and Anchor.