After What Kevin Kisner Has Said About Patrick Reed In The Past, The Two Of Them Being Paired Together At Kapalua Is The Perfect Kick-Start To 2020 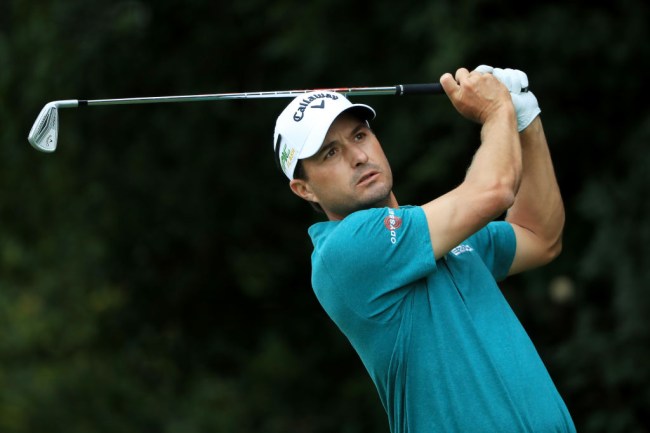 The fact that Kevin Kisner and Patrick Reed have been paired to play together in the first two rounds of the Sentry Tournament of Champions in Hawaii may not sound like meaningful news, but it most definitely is.

These two have a history, some would even call it beef, but for the most part, it’s been one-sided in terms of the drama coming out of the two parties.

Kisner and Reed both may have played golf at Georgia, but that doesn’t mean they have to like one another and Kisner has been vocal about Reed and his reputation.

Last December, Kisner was quoted in a long-form piece by Scott Michaux at Golfworld titled ‘Patrick Reed Against The World‘ where he discussed Reed’s controversial past and dropped a bombshell of a quote about his reputation at Georgia.

“They all hate him—any guys that were on the team with him [at Georgia] hate him and that’s the same way at Augusta. I don’t know that they’d piss on him if he was on fire, to tell you the truth.”

Ok, so now do you realize why it’s a big deal that the two are paired up together this week at Kapalua? Real drama doesn’t come about every day in the golf streets and just this news alone is getting the Twitter fingers going.

For a little context behind this quote, Reed was kicked off of Georgia’s golf team and eventually finished his college career at Augusta State. The main reason behind him being kicked off of Georgia, according to Shane Ryan and his sources, was that he allegedly cheated during a qualifying round. He hit a tee shot deep in the rough, found a ball closer to the fairway and played it as his own. Reed’s teammates, of course, called him out on it.

Later that semester there was $400 cash, a Scotty Cameron putter and a watch that went missing from the team’s locker room. The following day Reed showed up with a wad of cash and when asked about it he said he won it off of a professor the day before.

So, that’s where Kisner’s quote about former teammates not even pissing on him if he was on fire came from.

The golf year that is 2020 is off to a blistering start.