Insane, Heart-Pumping Video Shows Paraglider Save His Own Life Just Seconds Before Hitting The Ground 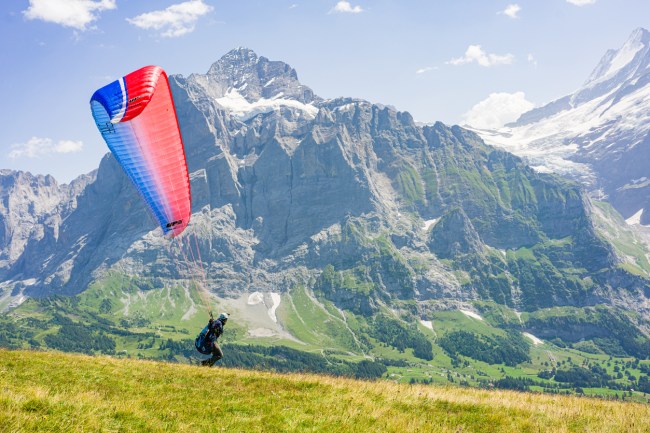 Kevin Philipp is very, very fortunate to be alive to tell the tale of his near-death free fall. The paragliding enthusiast almost didn’t get that chance and an insane video of his death-defying ordeal puts how scary it was in perspective. It was bonkers.

Philipp, an acrobatic paraglider, connects all aspects of flight (pitch, roll, and yaw) are connected to create maneuvers and stunts that are not only visually pleasing, but also provide a challenge. He has done hundreds of flights and says that the learning process often involves errors.

“In acro paragliding we face a lot of tries and errors in learning the tricks,” he said. “With 2-3 rescue parachutes and a lot of height we can safely train this kind of sport. This occasion is quite unlucky and rare. Just to keep in mind. Fly high, land safe.”

Philipp described his most recent flight as “unlucky and rare,” because it doesn’t happen often to such an extreme, but most people would describe it as lucky. Although there is also a significant element of skill and knowledge involved, he got very lucky.

In the video, which will have your heart in your throat, Philipp is practicing a new paragliding trick in strong turbulence when everything goes wrong.

His break line got stuck, which set off a terrible series of events.

Philipp got tangled in his lines and fell directly into his wing. As a result, he struggled to throw his emergency rescue parachute.

While Philipp is plummeting to the ground, his speed only continues to increase with every additional foot because of both physics and the twisting winds. He cannot get to his rescue parachute and the earth’s core — and an untimely death — only continues to get closer and closer.

There was surely a significant amount of panic, but Philipp keeps cool and eventually gets it to deploy just seconds before smacking down onto the ground below.

Here is the first-person look a look at the truly unbelievable, harrowing save: