Khabib Nurmagomedov Calls Out Floyd Mayweather ‘There Is Only One King’ 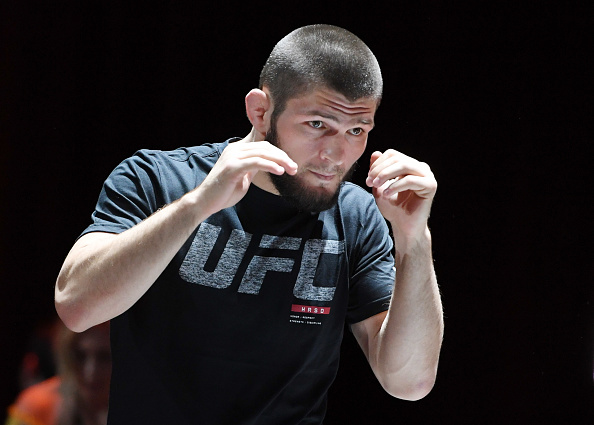 It’s been a whirlwind week for UFC lightweight champion Khabib Nurmagomedov. Not only did he beat Conor McGregor but he also became a household after inciting a brawl after UFC 229.

Nurmagomedov, who has threatened to quit fighting for the UFC if they suspend his teammate for attacking Conor McGregor inside the Octagon during UFC 229, might follow in McGregor’s footsteps and is attempting to get a big payday by fighting Floyd Mayweather in the boxing ring.

Here’s Khabib and Leoard Ellerbe, the CEO of Mayweather Productions, hanging out Saturday night at a World Boxing Super Series event in Russia:

“Let’s go, Floyd. We have to fight now. 50-0 vs 27-0, two guys who never lose, why not? Because in the jungle there is only one king. Only one king. Of course I am the king because he could not drop McGregor and I dropped him easily. Let’s go.”

We’ll have to see how Mayweather responds to Nurmagomedov’s challenge.