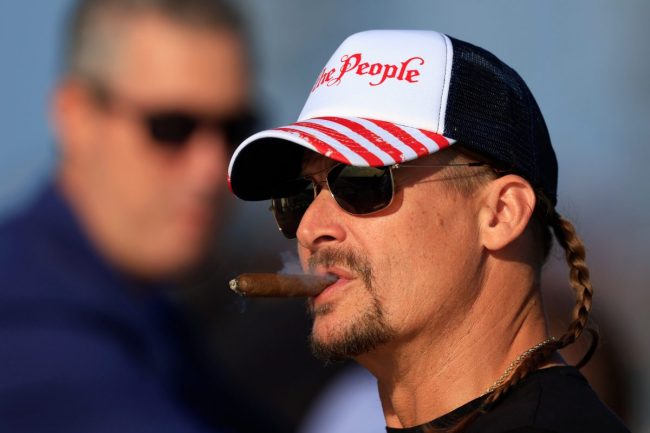 Kid Rock made an appearance at the WWE SummerSlam event over the weekend, and he certainly made headlines. The rock star wasn’t performing. Instead, he was there as to watch as an attendee.

Sitting next to him in the crowd was comedian and YouTube sensation Chelcie Lynn.

Kid Rock is a big sports fan, often making appearances at NASCAR and football events. He’s also a performer, currently in the midst of a US tour. That tour has seen a few bumps in the road, but while he might have let down fans by cancelling a recent show in North Dakota, the musician wouldn’t disappoint Saturday night.

Surprising absolutely no one, the cameras spotted Kid Rock chugging Bud Lights and sloppily making out with Chelcie Lynn.

Kid Rock makes out with Chelcie Lynn at WWE SummerSlam

In a scene that wouldn’t surprise any of Kid Rock’s followers, the rocker was seen slugging beers and making out with Lynn at the SummerSlam event.

Kid Rock getting after it tonight pic.twitter.com/x9n1a17Q0W

Neither performer is unaware of the “redneck” lifestyle, in fact, they’re often seen playing into the role. Lynn rose to fame portraying a character she calls “Trailer Trash Tammy,” while Kid Rock made a name for himself on the big screen by playing “Robbie” in the hit movie Joe Dirt.

They embraced those roles at the Saturday night wrestling event, and that make out scene is like a train wreck. Hard to watch but hard to look away.

Fans were quick to react to the clip

That is disgusting, just every part of it

For those not aware, she’s a comedian named Chelcie Lynn and this is her character “trailer trash Tammy”. She is hysterical and incredible content creator