The Sacramento Kings Take A Brutal Shot At The 76ers Over NBA Draft, Immediately Reminded They Are An Ass Franchise 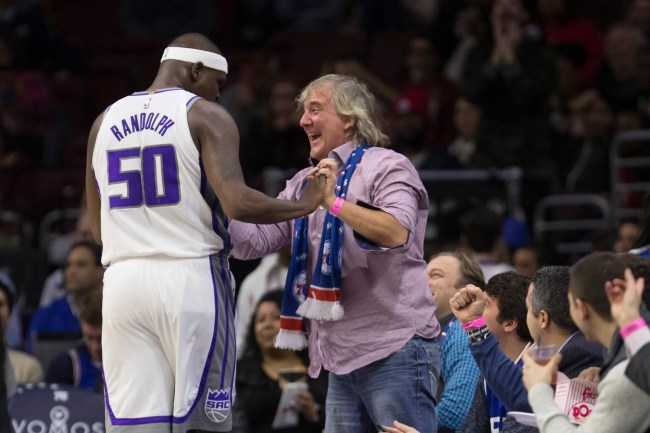 The Sacramento Kings, a franchise that hasn’t made a playoff appearance in 12 years and hasn’t won a series in 16 years, has grown muscles overnight.

The Sixers are still reeling from a crushing Game 7 loss that brought Joel Embiid to tears. Many of the players are probably still in bed listening to Bon Iver and eating cheesesteaks. The pain and suffering of Philadelphia has only been exacerbated after another bad bounce during Tuesday’s NBA Draft didn’t go there way.

The balls bounced in such a way that the Kings’ 2019 first-round pick went to the Boston Celtics rather than the 76ers. The Kings had to cough up the pick to either Boston or Philadelphia in conjunction with the 2015 trade that sent Carl Landry, Jason Thompson and  Nik Stauskas (lottery pick) to Philadelphia to create cap space. To add insult to injury, Philly traded that pick with top-one protection to Boston in 2017 to acquire Markelle Fultz with the number 1 pick. The Sixers would only get the pick in the unlikely event it landed at the number 1 spot. If not, the Celtics would (and did) receive it.

The Kings, looking for any small victory they can get, decided to troll the Sixers with this unfortunate bounce by rubbing salt in an open wound.

Pretty well done by the folks helming the Kings social media accounts. But, facts are facts…

The Kings ultimately just opened the door for everyone to remind them how they haven’t sniffed success in decades.

Hasn’t bounced your way in 26 years