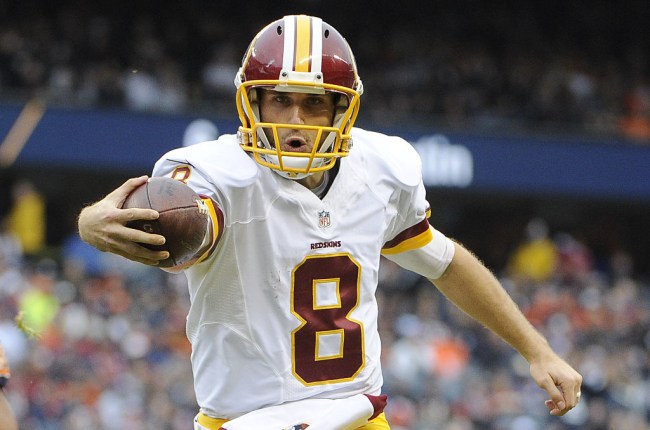 On Wednesday, Kirk Cousins celebrated the Fourth of July the same way millions of other people did by tossing some meat on the grill and throwing up a picture on Instagram of the spread to make everyone else jealous of the good time he was having. It seemed like a pretty generic photo, but after a closer examination, the internet hivemind realized that no one could figure out what mystery meat the Vikings quarterback was actually cooking.

There was plenty of speculation in the comment section and beyond about what was on the grill, with guesses ranging from the internal organ of an animal to the world’s most oddly shaped burgers. Cousins eventually caught wind of the discussion and decided to hop on Twitter to clear the air, but I have to say his answer left me with even more questions than I had before.

On Friday, Cousins revealed that he’d picked up some steak to celebrate Independence Day and tried to draw away attention from the fact that he had some really weird-looking shit on his grill by insinuating it was a slow news day.

I never realized how interested people would be in what we grilled on the 4th…It was steak-ha…I know July is a slow news time…hang in there, camp is coming soon enough https://t.co/ZSumTVj0EE

While I’m willing to believe Cousins’ explanation, I also believe that he should never be allowed to cook steak again if he’s going to give it the treatment he did. I assume the only way he got it to look like that was throwing an ungodly amount of seasoning on the meat, which shouldn’t be necessary if you’re buying the kind of steaks you should when you just signed one of the biggest contracts in the history of football (I’ve also never seen a steak shaped like the ones on the left of the picture but maybe they just do things differently in Michigan).

I encourage you to join me in taking a moment of silence for the cows that apparently died for nothing to make this picture possible.