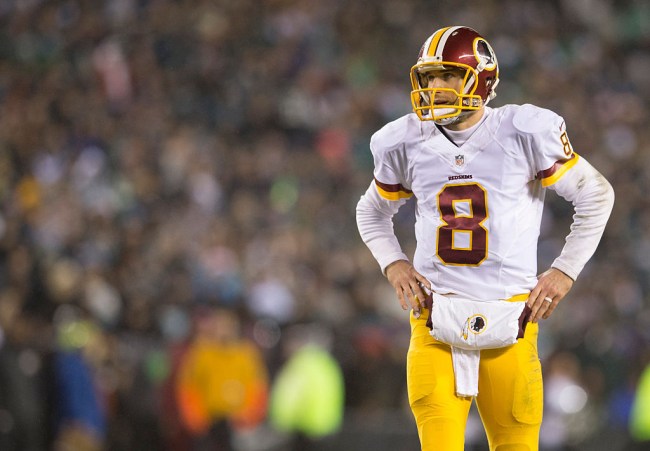 On Wednesday, millions of people celebrated Independence Day the way our Founding Fathers intended: by grilling and devouring a bunch of food with German roots to celebrate America. You might not have been able to pull a Joey Chestnut but I’m willing to bet there are a few people who woke up this morning and swallowed a handful of Tums to try and cancel out the pain that comes with shoving too many hot dogs and hamburgers down your throat (and washing them down with too much beer).

Washington Redskins quarterback Kirk Cousins was one of the countless people who fired up his grill to celebrate the Fourth of July and he decided to take a picture of his spread of meats before sharing it on Instagram. It seemed like a pretty innocuous photo but after further analysis people started to ask a very important question: What the fuck was Cousins actually grilling?

I’ve worked with basically every type of meat in existence and after staring at this picture for longer than I ever intended, I still can’t figure out what that mystery meat actually is. My best guess is that he cut up some tenderloin and a pork shoulder before throwing it onto the grill (although I can’t say I’ve ever seen anyone prepare either of them in this manner).

It didn’t take long for people to jump into the comments to post their own theories accusing Cousins of cannibalism and grilling rocks, but if you’re looking for a concrete answer, it doesn’t appear to exist.

the replies are killing me 😂 pic.twitter.com/OWqm4cDs1k

As Deadspin pointed out, this isn’t the first time Cousins has committed a crime against outdoor cooking. In January, he posted a picture of a grill covered in tinfoil because it appears no one has ever shown him how to properly cook things over an open flame.

let’s just check and see what Kirk has going on the gri…A FOIL BOAT?!?! pic.twitter.com/FVC62bXKPj

I know Jon Taffer normally rescues bars but here’s to hoping someone can convince him to shut down Cousins’ next barbeque.