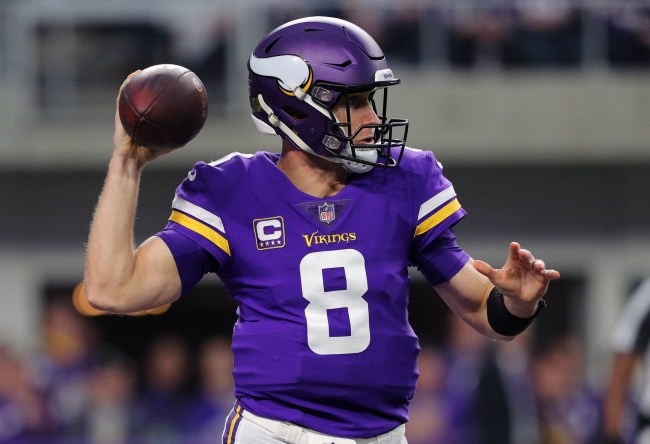 Minnesota Vikings franchise QB Kirk Cousins has been pretty active on social media for the past few weeks much to the chagrin of Vikings fans.

Today, Kirk took to Twitter to tell the world that he understands why he lived the shitty weather in Cleveland for Miami.

In 2010, I was mad at @KingJames for leaving Cleveland…but I’ve been in Miami for a total of 5 min and now I totally understand.

It probably wasn’t wise of Kirk to tweet this considering he knows that the Dolphins are looking for a quarterback and that he’s signed with the Vikings.

Hinting at playing for the Dolphins….

Oh it was the cold weather. That explains it. We all thought you just sucked pic.twitter.com/LqM548cFm3

Whoa, Mr Cousins. You could go 0-16 next year and the fans in Minnesota won’t be as upset as they’ll be over you taking subtle shots at our cold weather.