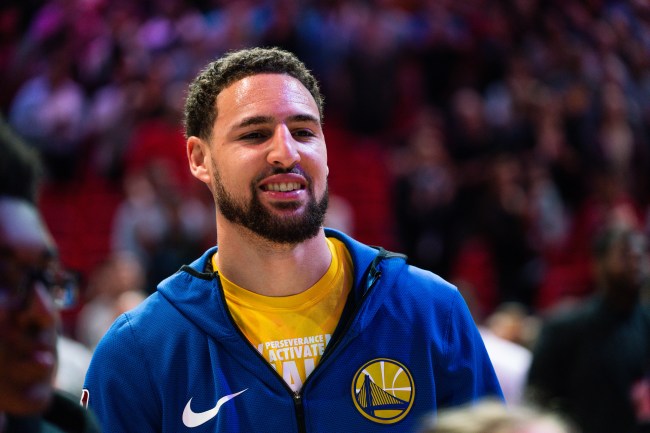 The Warriors suffered arguably their worst loss of the season on Sunday night to the 16-52 Phoenix Suns on their home court. The 115-111 loss marks the first Golden State loss to Phoenix in their last 19 meetings and serves as a microcosm for a season of peaks and troughs for the defending champions. As it stands, the Warriors are just 1.5 games ahead of the Denver Nuggets for the top seed in the West.

Klay Thompson scored a team-high 28 points for Golden State in the loss, but after the game, he was visibly disappointed with the outcome. Thompson took aim at fair-weather Golden State fans for becoming complacent in their fandom and lacking the energy that the team feeds off of.

Klay told reporters after the game:

“I expect our crowd to be a little more into it too. I know it’s not the playoffs, but it is our last go-around at Oracle. At least you can stand up or something if we make a good play. Especially at the beginning, we need that energy. Especially this time of year, it’s hard to conjure up energy every single night because you’re looking forward to the playoffs and that run. So we expect our fans to kind of bring that from the jump.”

“It’s like us, though. You can’t bring it every night, but still. It helps. It doesn’t matter if we’re playing the Suns or the Bucks or whoever it is. We need that energy from them because we feed off that.”

If you’re taking joy in the Warriors’ current struggles, please enjoy it while it lasts. We’re about a month away from them beating teams in the playoffs by 48.

Klay Thompson calling out the fans. Kevin Durant calling out the team. Steve Kerr saying he's sick of Draymond. It's all a ruse to make you think the Warriors are vulnerable until the playoffs start and they blow out every team again. pic.twitter.com/7UC9KJM159