Incredible Montage Of Klay Thompson Shows Him Facing Henny, Losing His Championship Ring, Knocking A Woman Over, And More 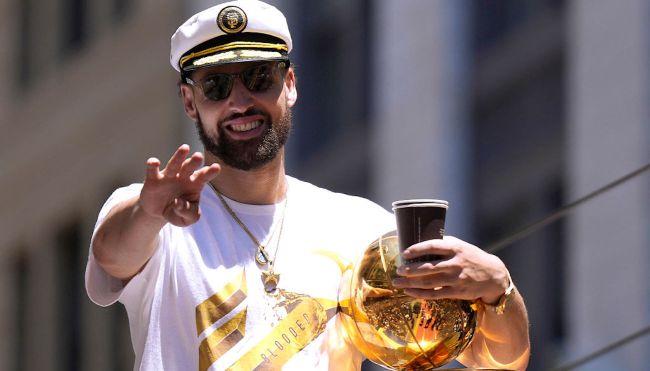 The Golden State Warriors had their championship parade on Monday, and while shooting guard Klay Thompson may not have been the MVP of the NBA Finals, he was certainly the MVP of the celebrations.

Seen drinking the notorious brandy Hennessy straight from the bottle, Klay went on to have himself *quite* the day, as a hilarious montage shows Thompson progressing from yelling “Hennything is possible” to knocking a woman over to dancing like Michael Jackson to then eventually almost losing his NBA title ring.

Given everything that Klay has been through in his professional life over the last few years, though, it’s easy to understand why the man seemed to be enjoying himself so much: the light feels all the warmer when you’ve been living in the dark.

During the 2022 NBA Finals against the Eastern Conference-winning Boston Celtics, the 32-year-old Splash Brother averaged 17 points, three rebounds, and two assists per game in the six-game series. The title marked the fourth in eight seasons for the trio of Thompson, Steph Curry, and Draymond Green.