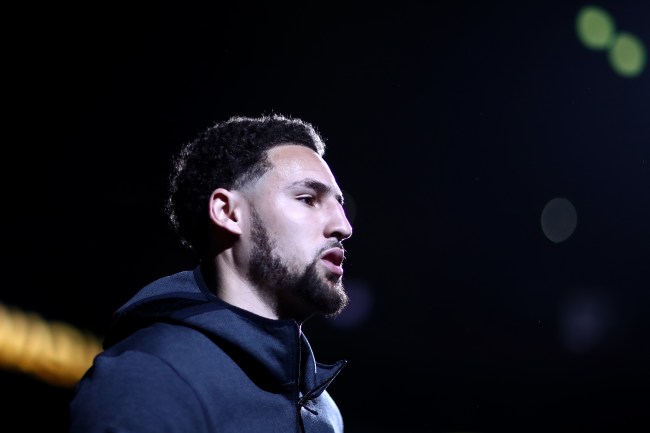 Just hours before the NBA Draft on Wednesday night, the Golden State Warriors received some brutal news. Several reports indicated that guard Klay Thompson, who missed the entire 2019-20 season with a torn ACL, suffered a lower leg injury in training on Wednesday afternoon. Reports suggested it was a significant injury and according to ESPN’s Adrian Wojnarowski it was about as significant as they come as Thompson suffered a torn Achilles that will cause him to miss the upcoming season.

The Warriors posted a tweet confirming the news shortly after Woj’s report:

Klay Thompson suffered a torn right Achilles tendon, an MRI confirmed today in Los Angeles. Thompson suffered the injury in a workout yesterday in Southern California. He is expected to miss the 2020-21 season. pic.twitter.com/w733cWawK6

This is absolutely brutal news for the Warriors and had to have been devistating for Thompson to learn the severity of his injury after already missing last season. The Warriors were geared up to make another run toward the NBA Finals this upcoming season with Steph Curry and Thompson expected to be healthy, but with this major blow it will be interesting to see how the Warriors handle the situation.

Golden State selected James Wiseman out of Memphis with the second-overall pick in the NBA Draft on Wednesday.