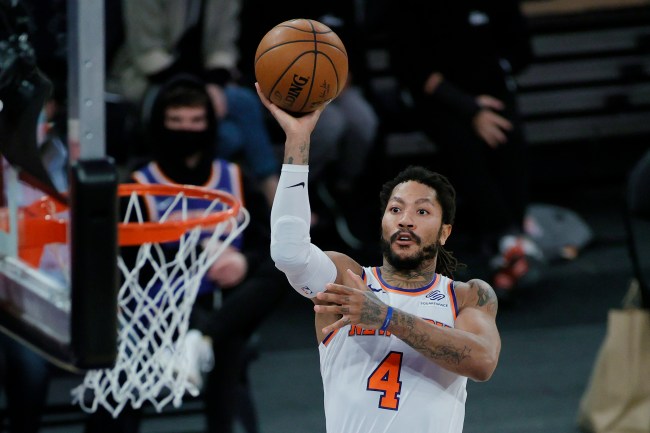 New Yorkers should be taking to the streets in protest after Pretty Good Player Derrick Rose was denied his second NBA MVP Award after a season in which he was undoubtedly a Moderately Valuable Player.

The Knicks guard earned one of the 100 first-place votes, one more than LeBron James, James Harden, Dame Lillard, Luka Doncic, and Alex Caruso. Rose, however, was the only player to earn a first-place vote who did not earn a 2-5 place vote.

With the first Kia NBA MVP Award of his career, Nikola Jokić becomes the first player to earn the honor as a member of the @nuggets. He received 91 of the 101 first-place votes.

Anyone outside the Big Apple may be wondering how a guy who posted Joe Harris numbers was put in the same breath as someone who is one of only two players 6-foot-10 or taller to average at least seven assists per game (with Wilt), touched the ball nearly every offensive possession, and ranked in the top five in total points, rebounds and assists in the NBA this past season.

When Derrick Rose see he got an MVP vote from the fans pic.twitter.com/6OoblaHTxC

The reason? Knicks fans were so love drunk off their first playoff win since Argo won Best Picture.

The Derrick Rose vote came from the fan portion of the voting through twitter and online, according to an NBA spokesperson

While many Knicks fans on the web were tongue-in-cheek in their validating responses to the vote, I choose to focus on those who’ve had lobotomies.

Why u tryna police who ppl should vote as MVP 🤦🏽‍♂️ smh let them root for DRose in peace. Shit me personally iont know about voting him MVP, but he def still one of my favorite players to ever hoop. Plus if we being honest he played a big part in turning around that New York team. https://t.co/aVUXymSRhf 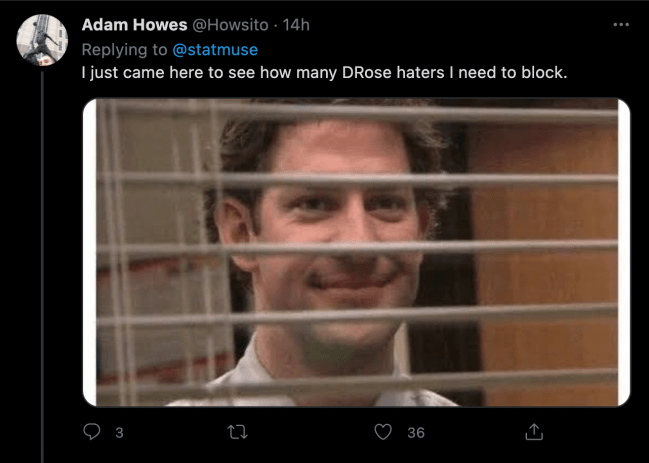 The Knicks need to be good again so we can all witness a collective metropolitan orgasm and a recalibration of Jeter’s inflated legacy.