Knicks Fans Are Having A Nervous Breakdown On Twitter Over Giving Tim Hardaway Jr. A Wild Contract 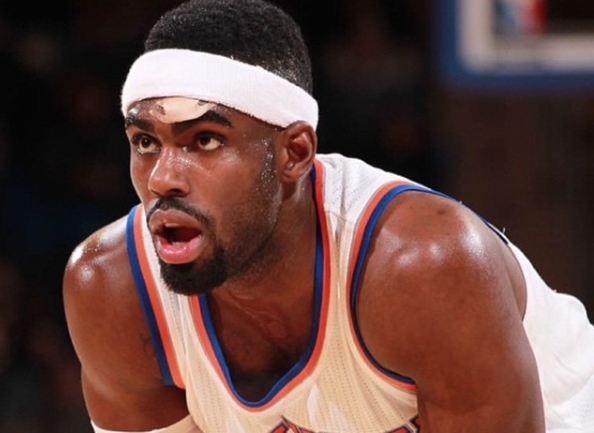 The Knicks drafted Michigan’s Tim Hardaway Jr. in the 2013 NBA Draft. Two years later, they traded him to Atlanta for two seasons where he averaged 10.5 ppg and under two assists per contest. Welp, fast forward to today and the Knicks realized they made an oopsie and decided to sign the 25-year-old guard back for a staggering four-year, $71 million offer sheet. The Hawks have 48 hours to match, but $71 million is likely too high a price to play to retain him.

For a large-market team who has only made it out of the first round of the playoffs one time in 17 years and did its best to alienate its most promising prospect in Kristaps Porzingis, you can imagine how Knicks fans received the news of making another head-scratching decision…

The Knicks really just gave Tim Hardaway Jr. an amount of money 29 other teams wouldnt offer him even if the number denomination was in Yen.

Imagine telling a Knicks fan in 1995 that the org would run off Charles Oakley and give Tim Hardaway’s son $71 million over five months.

Tom Brady has 3 years left on his contract worth $58 million.

The Knicks have given Tim Hardaway Jr. a $71 million contract. His father, Tim Sr., made an inflation adjusted $70,324,241 in his career. pic.twitter.com/95Q2isXCQa

It's like the Knicks always want to do things… the Hardaway pic.twitter.com/R7bVOfHj2U

How I felt this morning when I saw the Knicks signed Tim Hardaway Jr. to a 4 yr./71 million contract pic.twitter.com/mz9kApdfFI

Knicks probably think they're getting this Tim Hardaway for $71M 😂😂😂 pic.twitter.com/2NK5Egc5QX

Tim Hardaway Jr's salary just jumped from $1.3 million to $17.75 million. It's the most Knicks thing ever.

The New York Knicks, currently without a GM, have signed Tim Hardaway Jr to a 4 year, $71M deal pic.twitter.com/ldKba9PsJy

When your team fires Phil Jackson as a scapegoat then offers Tim Hardaway Jr. 71 million 🤢 pic.twitter.com/vZAsGa9bxc