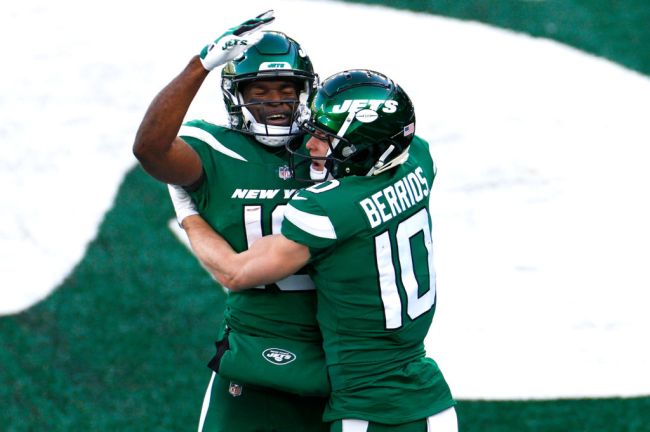 Saturday was a big day for New York sports. The Jets beat the Browns and the Knicks beat the Bucks, marking the first time that both Big Apple franchises won a game on the same day since December 11, 2016. Neither team was favored entering their respective matchups, but the underdogs prevailed to mark a historic day.

On the gridiron, Sam Darnold completed 16 passes for 175 yards and two touchdowns to led the Jets to a 23-17 victory over the Browns. Cleveland was without much of its wide receiver room due to COVID-19 protocol and neither Nick Chubb nor Kareem Hunt could find a spark on the ground. New York’s defense held strong late and forced a turnover on 4th-and-1 at their own 16-yard-line to win the game. It marks the second-straight win for the league’s second-worst team and guaranteed Gang Green the No. 2 overall pick with a Jaguars loss.

Across the state line at Madison Square Garden, the Knicks took down Giannis Antetokounmpo and the Bucks 130-110 behind 29 points, 14 rebounds and 7 assists from Julius Randle. The home team jumped out ahead 61-46 at the break and carried a 21-point lead into the final 12 minutes. Milwaukee won the fourth quarter, but the deficit was insurmountable New York moved to 1-2 on the season.

Both box scores looked very different 1,477 days ago. Starting quarterback Bryce Petty completed threw for 257 yards on 23 completions and running back Bilal Powell went for 145 yards and two touchdowns on 29 carries for the Jets. On the hardwood, Kristaps Porzingis had a team-high 26 points in a 118-112 win over the Lakers. To bring things full circle, Randle had 10 rebounds and 17 points for Los Angeles in the loss.