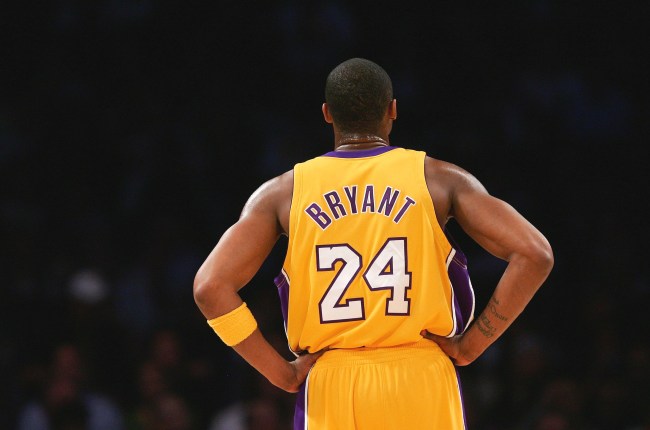 Kobe Bryant died on Sunday afternoon after his personal helicopter crashed in Orange County, California. There were nine people on board the doomed helicopter, including Kobe’s daughter 13-year-old daughter Gianna Maria Bryant, none of which survived.

Bryant was reportedly on his way to a travel basketball game with his daughter, and another member of his Gianna’s team and their parent.

In a press conference, the sheriff in charge of the local investigation updated the casualties from five victims to nine people. There were eight passengers and the pilot.

The helicopter crashed shortly before 10 a.m. Pacific Time near the 4200 block of Las Virgenes Road, which is south of the 101 Freeway, in Calabasas. Nobody on the ground was injured or died.

According to @wojespn, Kobe Bryant was on his way to a travel basketball with his daughter Gianna at the time of the crash. Another parent and player accompanied Kobe and his daughter

Residents in Calabasas who heard the helicopter crash described it as “a falling noise,” and you could tell “something was wrong.”

“It [didn’t] sound right, and it was real low. I saw it falling and spluttering,” said witness Jerry Kocharian. “But it was hard to make out as it was so foggy.”

“There was a big fireball,” Kocharian said. “No one could survive that.”

Hundreds of people have shown up to the site where the helicopter carrying Kobe Bryant and 4 others crashed. The wreckage is still smoldering. Just an absolutely tragic, terrible scene. pic.twitter.com/FCxffmqMAI

ESPN writer Ramona Shelburne shared video near the crash site where “hundreds of people have shown up.” At 4 p.m. EST, the wreckage was still smoldering.

Police, onlookers gathering at Willow Glen, Las Virgenes in Calabasas at scene of helicopter crash. Trail of smoke just visible about half way up side of hill behind the Las Virgenes Municipal Water District.

You can just barely see the crash site in my photo. pic.twitter.com/YrXZSsr4ow

The copter departed John Wayne Airport at 9:06 a.m. on Sunday, passed near Dodger Stadium, and circled over Glendale during the flight. Initially, there was a fire in the brush of the hill, but that was extinguished by emergency crews. The helicopter flew in circles before crashing, which points more towards a mechanical malfunction than an accident caused by fog.

Appears the helicopter had some sort of mechanical issue while over Glendale pic.twitter.com/xya87UJvOO

Photos and video from the Kobe Bryant helicopter crash site are slowly emerging.

Photos of the crash site. Aircraft has been confirmed to be a Sikorsky S-76E. No survivors in the crash. pic.twitter.com/YO6nbPHZRj

RELATED: The Sports World And NBA Players Including Dwyane Wade, Scottie Pippen React To The Tragic Death Of Kobe Bryant

Audio from the emergency dispatch during the helicopter crash has been released.

You can listen to the entire audio of the Los Angeles County scanner radio following the helicopter crash in Calabasas, California.

The Los Angeles Lakers legend and eight others were traveling in a Sikorsky S-76 helicopter, which was built in 1991. The aircraft is registered to the Fillmore-based Island Express Holding Corporation.

The Federal Aviation Administration issued a statement on the helicopter crash in Calabasas. The cause of the crash has yet to be determined, but there were foggy conditions in the Calabasas hills on Sunday morning.

#FAA statement on the helicopter accident near Calabasas, California. pic.twitter.com/99px31BvfF

The National Transportation Safety Board (NTSB) announced that they are investigating the helicopter accident.

The NTSB wrote on Twitter: “NTSB launching Go Team to investigate the Jan. 26, 2020 crash of a Sikorsky
S-76B helicopter in Calabasas, CA. The team is expected to arrive in California this evening.”

NTSB launching Go Team to investigate the Jan. 26, 2020 crash of a Sikorsky
S-76B helicopter in Calabasas, CA. The team is expected to arrive in California this evening.

President Donald Trump reacted to the death of Kobe Bryant and tweeted: “Reports are that basketball great Kobe Bryant and three others have been killed in a helicopter crash in California. That is terrible news!”

Reports are that basketball great Kobe Bryant and three others have been killed in a helicopter crash in California. That is terrible news!