The Sports World And NBA Players Including Dwyane Wade, Magic Johnson React To The Tragic Death Of Kobe Bryant (UPDATING) 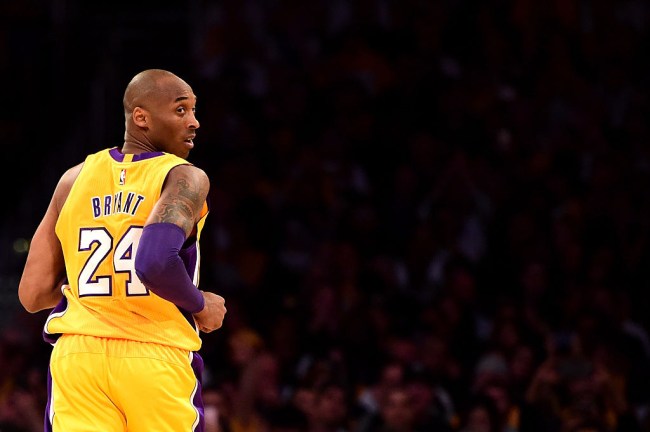 The sports community and the world was stunned on Sunday afternoon after the news that Kobe Bryant died in a tragic helicopter crash. The NBA legend was only 41-years-old when his private helicopter crashed in Calabasas, California, according to TMZ. The helicopter accident killed Kobe Bryant as well as all five passengers and crew who were on board.

Here are just some of the celebrities and sports stars from the NBA, MLB, and NFL who have reacted to Kobe’s premature death, mostly with absolute shock.

My friend, a legend, husband, father, son, brother, Oscar winner and greatest Laker of all-time is gone. It’s hard to accept. Kobe was a leader of our game, a mentor to both male and female players. pic.twitter.com/NXsrXmCkkG

Please no. Please god no. It can’t be true.

Most people will remember Kobe as the magnificent athlete who inspired a whole generation of basketball players. But I will always remember him as a man who was much more than an athlete. pic.twitter.com/9EZuwk8wrV

Jeannine & I are absolutely shocked to hear of the loss of one of my favorite people & one of the best basketball minds in the history of the game! Our hearts & prayers to Vanessa & his girls. @kobebryant you were my biggest fan, but I was yours #RIPMAMBA @NBA @espn @SLAMonline pic.twitter.com/Ll0BD6VWgr

At a lost for words right now.. #RIP Kobe pic.twitter.com/Dl0RQHzHS1

This is not real right now

I’m heartbroken by this news, you were a true legend, and friend. Rest In Peace @kobebryant, my thoughts and prayers to his wife and kids. #legend #mamba #goat pic.twitter.com/1VKYdbrVEk

Damn. RIP Mamba. May your memory be a blessing

To all of my friends, thank you. Each of you have shared part of yourself with me and made my life better. I have tried to do the same. If you were here I would hug you like I just hugged my family. It hurts that it takes a tragedy to remind us of our mortality.#hugyourfriends

We can never forget how precious life is. How those who are special to you and never let them forget how deeply you love them

…This S*** can’t be real… this the first moment I was able to meet Gianna Maria, she’s been to only 3 games this year… 2 of them were mine… She told me I was her favorite player to watch🙏🏽 I can’t believe this😢😭

Struggling to process what is now a reality. Kobe’s life after basketball was just beginning and his second act was going to be even greater. His legacy, Gigi’s legacy both will live on forever!

Beyond devastated… my big brother… I can’t, I just can’t believe it

Man not Kobe… Prayers to his family and friends! #RIPMamba

Kobe you were my idol… period. Mentality through and through. Thank you. To your family, I wish y’all nothing but the very best. Prayers and thoughts with you don’t begin to describe what we want for y’all. Love and respect to #8 & #24 forever. #MambaMentality #Mamba

Reports are that basketball great Kobe Bryant and three others have been killed in a helicopter crash in California. That is terrible news!

Kobe was a legend on the court and just getting started in what would have been just as meaningful a second act. To lose Gianna is even more heartbreaking to us as parents. Michelle and I send love and prayers to Vanessa and the entire Bryant family on an unthinkable day.

Statement from Jerry West on the passing of Kobe Bryant: pic.twitter.com/miNDpJUsXm

Life’s way too short.
My favorite athlete of all time is gone…

My heart hurts for Kobe and his family. Life aint fair man. This cant be

My thoughts and prayers go out to the family and loved ones of @kobebryant Shocked and saddened to hear he has died in a helicopter accident. A man that transcends basketball and sport in general. One of the all time great athletes. #rip #nba #KobeByrant pic.twitter.com/IFYQa2MCoE

Coach K’s statement on the passing of Kobe Bryant and his daughter, Gianna. Krzyzewski coached Kobe on the 2008 USA “Redeem Team” that won Olympic gold: pic.twitter.com/SuvBPPHklx

Like everyone, I’m stunned and saddened by the news about Kobe Bryant. My heart is broken for his wife and family.

Every team has to retire 24

This is painful. No other words. RIP, Kobe. pic.twitter.com/iQgeMAIeh7

Real tears. Unreal man. Shit makes no sense. How is the world going to take Kobe from us so soon? Can’t even speak man. This is awful. Prayers to everyone!

Hurting like the rest of the world right now but not as much as Kobe’s Family. Everybody keep them in your thoughts and prayers #RIPKobe

Kobe lived just down the road. Everyone in the area had nothing but great things to say about him. Rare for someone of his stature. A true legend. Incredibly sad

Oh my goodness my boys and I just prayed for Kobe and especially his family. Thanks for the amazing memories Kobe! May you Rest In Peace Champ. 😭

Please tell me the kids was not on the helicopter #kobe

I am just shook. Heartbroken for Kobe’s family, this is tragic.

RIP Kobe Bryant and everyone on board. This is devastating. More than anything, I feel awful for the families that are affected. When I was a kid, Kobe was so friendly and took the time to give me an interview (which meant the world to me since I grew up rooting for him). So sad. pic.twitter.com/J84I6iv31L

This list of sports and celebrity reactions about the passing of Kobe Bryant will be updated throughout the day as more people find out about the heartbreaking passing of the NBA great.