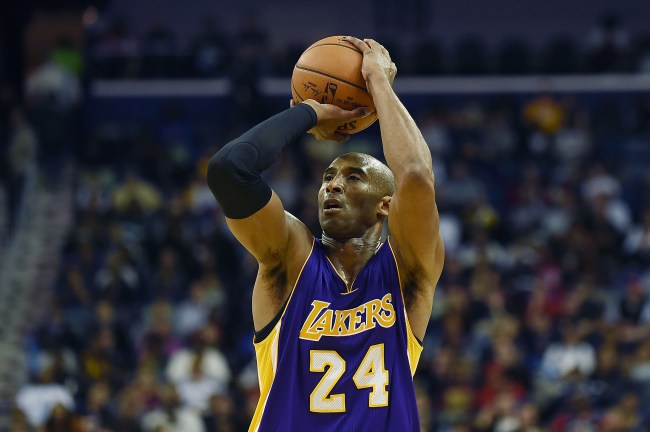 On Sunday afternoon, the NBA world drastically changed when legendary superstar Kobe Bryant and his 13-year-old daughter Gianna Maria were killed in a tragic helicopter accident. Fans and players alike mourned the death of one of the most the beloved players in NBA history all day on Sunday.

That one was for you…

Immediately after his death fans called for the league to not only retire Kobe’s number but to make him the new NBA logo.

The NBA needs to change the logo to Kobe Bryant.

No NBA player should wear the number 24 ever again.

This should be the new NBA logo 🐐 pic.twitter.com/pL5jLgQ5Eo

Not joking one bit, they should make the NBA logo Kobe Bryant. pic.twitter.com/0lLwx38CRf

A change.org petition was made by fans urging the NBA to change the logo and it over 200k people have signed it since Kobe’s death.
Via Change.org

With the untimely and unexpected passing of the great Kobe Bryant please sign this petition in an attempt to immortalize him forever as the new NBA Logo.

Making Kobe the logo would be an amazing gesture by the league and it’s something they should at least consider to honor one of the most influential basketball players of all-time.