WWE Hall Of Famer Koko B. Ware Describes How The Undertaker Nearly Broke His Neck By Botching His First Ever Tombstone Piledriver 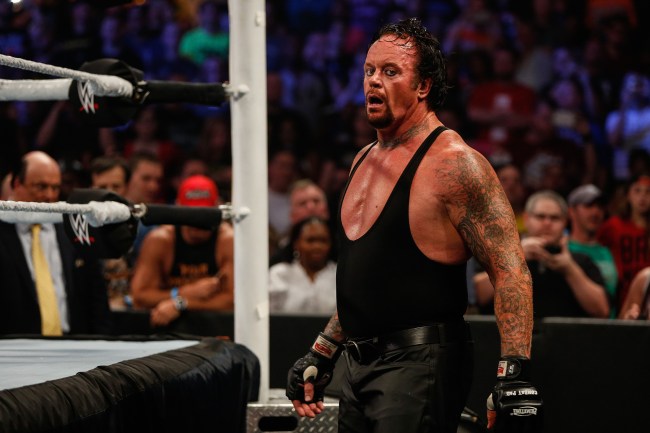 After Owen Hart bruised Austin Stone Cold Steve Austin’s spinal column and nearly paralyzed him with a botched pile driver in 1997, the WWE banned the move for nearly all its athletes with the exception of Kane and The Undertaker, whose experience and size deemed them worthy.

The Undertaker’s Tombstone Piledriver has become a signature move in his arsenal, and one that has nearly ended careers. In an interview on Why it Ended with Robbie E, WWE Hall of Famer Koko B. Ware described being on the receiving end of The Undertaker’s very first Tombstone at Survivor Series 1990.

Suffice it to say, Koko narrowly escaped an injury that could have changed the course of his entire life.

“I love Mark to death, and I’m still proud of The Undertaker today. He really, really has [taken] his gimmick a long, long way. But Mark was, you know. I was the first one to take the tombstone, but he was a little excited because that was his first time doing it, and I almost kind of cracked my neck a little bit doing it. And I heard all kind of little cracks and stuff like that.

“But I knew Mark was trying to get over… I got dropped on my head, to be honest with you. Yes. But thank God for working out, it kind of helps you. Now, if I had a weak head or something like that, I probably would have broke my neck big time. I was the first one that he used it on. [We didn’t practice], he just said hey. They wanted him [to do it]. It was kind of like a piledriver, but he just had my head between his legs too far that you could see my head, and if he would have had my head between the fat part of his thighs, then it wouldn’t have hurt.”

Here’e the piledriver in question:

Looking back on it, and watching that gif over and over again, that does look highly questionable.

After watching that, I can’t help think about if things had taken a turn for the worse, how that would have affected the WWE landscape going forward. Stone Cold admits that Owen Hart’s botched piledriver shattered their relationship because he only bothered to call him to apologize once while he was in the hospital. Damn, Owen. That’s some stone cold stuff from a guy not named Steve Austin

Relationships aside, it’s hard to imagine The Undertaker having one of the greatest wrestling careers ever if it was marred with breaking someone’s neck. Legacies can hinge on centimeters.

I’ll never forget those early years. The Undertaker and his handler Paul Bearer always made a 10-year-old me poop my pants a little every time they appeared.

I have since outgrown that. In case anyone was wondering.