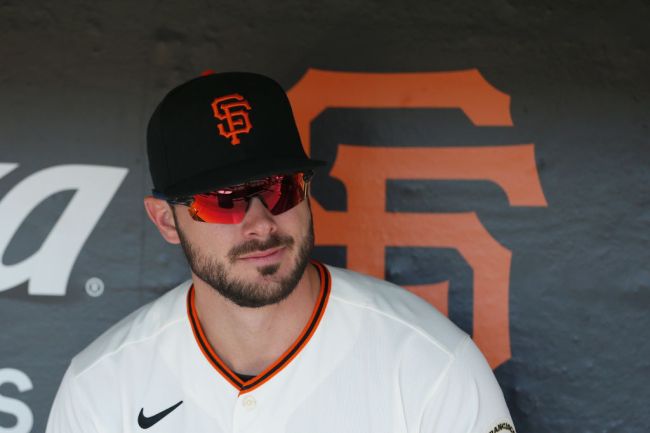 The Chicago Cubs greeted Kris Bryant with a tribute video ahead of his first game back at Wrigley Field since being traded to the San Francisco Giants and it all of the sudden got very dusty in Chicago.

Bryant stood on the field as the tribute video played on the jumbotron and wiped away tears behind his sunglasses during the awesome gesture from his former ball club.

The 2016 World Series champions most definitely wasn’t the only one at Wrigley Field crying during the tribute video.

If anyone was still possibly on the fence about whether or not Bryant wanted to stay a Cub throughout his career, these videos should make it crystal clear that he never wanted to leave Chicago.

Bryant was also greeted with a standing ovation during his first plate appearance of the game.

Kris Bryant gets a standing ovation at Wrigley 👏💙