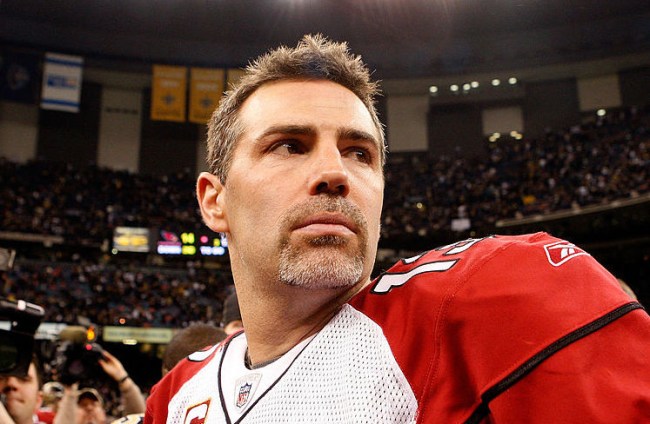 Last week, Disney announced Emilio Estevez will be returning for a Mighty Ducks series, and at the time, I talked about the movie industry’s love of intellectual properties that revolve around a scrappy group of youths who harness the power of hard work and teamwork to eventually beat an “evil” team of kids equipped with top-of-the-line equipment their rich parents paid for.

There’s nothing Hollywood loves more than a good underdog story and there is no shortage of real-world examples that can be adapted in a quest to make piles of money—especially when it comes to football.

Over the years, we’ve been treated to films where a Notre Dame walk-on who was definitely offsides gets carried off the field, Sandra Bullock helps transform an abandoned teenager into an NFL draft pick, Marshall University wins a game after 37 of its players die in a plane crash, and Marky Mark tries out for the Eagles (which inspired one of the best episodes of It’s Always Sunny in Philadelphia).

It’s been a little while since a football biopic has hit theaters but that will all change later this year courtesy of Lionsgate, which has greenlit a movie about the life of Kurt Warner that’s slated to be released in December.

The Hall of Fame quarterback was undrafted out of college, and when he failed to make the Packers roster after getting an invite to training camp, he found himself stocking shelves at a grocery store in Iowa.

However, Warner didn’t give up on football and eventually found a home in the Arena Football League, where he made a name for himself before attracting the attention of the Rams, who would win the Super Bowl during his first season as a starter.

According to Awful Announcing, much of the movie will be based on All Things Possible: My Story Of Faith, Football and the First Miracle Season, the memoir Warner released in 2000. It’s expected to feature a fair amount of focus on his Christian beliefs, and while many of the faith-based films released in recent years haven’t exactly been critical darlings, they’ve managed to rake in some serious cash at the box office.

Something tells me this will be no exception.