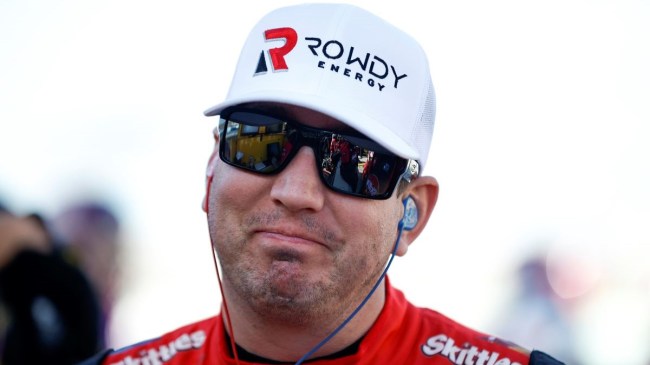 The 2022 NASCAR Cup Series season has been a whirlwind for two-time series champion Kyle Busch. The long-time Joe Gibbs Racing superstar has struggled throughout the soon-ending season and was knocked out of the first round of the playoff.

Beyond that, Busch lost his ride with JGR when the team opted not to renew his contract. He then landed a deal with Richard Childress Racing, whose team owner, Richard Childress, once put him in a headlock and punched him in the face.

Busch recently called out team owner and Super Bowl-winning football coach Joe Gibbs over their deteriorated relationship. But Gibbs has defended his handling of the situation, saying that finding sponsorship for the oft-controversial Busch was difficult.

Busch lost his primary long-term sponsor, M&M Mars, when the candy giant announced it would pull out of the series after multiple decades following the 2022 season.

But now it appears Busch may have just found himself a new partnership. And he did so in the most Kyle Busch way possible.

Love him or hate him, Busch is one of the most recognizable and charismatic drivers in the sport. So when he saw a sponsorship opportunity recently, he pounced.

The situation arose when Sling TV responded to a NASCAR tweet asking about Halloween candy.

If the Candyman doesn't hand out full-sized candy bars, we have a problem.

Busch, whose nickname (due to his M&M sponsorship) in “The Candyman”, quickly fired back.

If u don’t @sling me a sponsorship, we have a problem. 🤣 https://t.co/kfjHJFH6Gr

The immediate, witty response seemed to be well received by Sling.

The streaming service not only made a donation to Busch’s charity, Bundle of Joy Fund, but it also hinted at a potential sponsorship linkup down the line.

Busch’s quick thinking and clever timing may have just solved a major problem for Richard Childress in 2023.

Appreciate u for proving them wrong @Sling. Me, @SamanthaBusch, and @bundleofjoyfund appreciate the support! Now lets get Rowdy together in ‘23. 👀 https://t.co/xAO2nWchZr

It’s just the latest in a long line of Busch’s self-proclaimed “witty tweets.”

Now available at a Spirit Halloween near u 🎃 pic.twitter.com/idrg6EdrRh

But it just goes to show that the future NASCAR Hall of Fame member is as marketable as ever.