Kyle Kuzma Congratulates LeBron James On Signing With The Lakers, Gets Immediately Trolled By Fans Who Want Him Traded For Kawhi Leonard 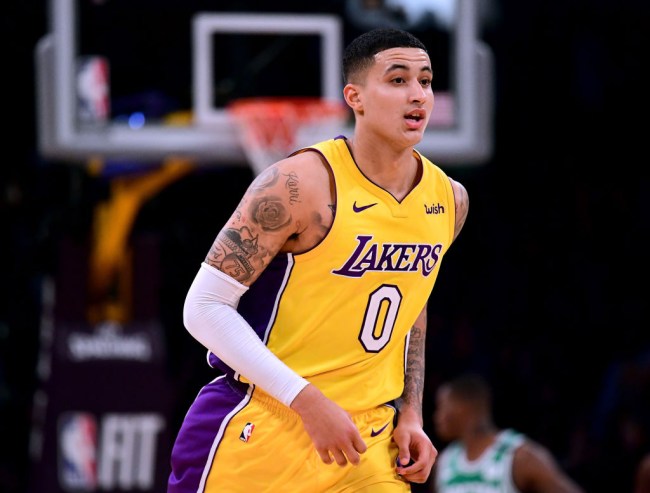 Earlier tonight, LeBron James made it official when he announced he was joining the LA Lakers. Shortly afterwards, Lakers guard Kyle Kuzma congratulated LeBron about joining the team with this tweet.

Kuzma, who has been the subject of recent trade rumors, was immediately trolled by Lakers fans who want him traded to San Antonio for Kawhi Leonard.

You’re gonna get traded in like 20 min bro, sorry

Your getting traded for kawhi

You're gone by tomorrow my brotha

You’ll be traded shortly lol. If you think lebron is keeping you around

They’re trading you for Kawhi 🙁

Nah pack your bags my guy you headed to San Antonio

Before LeBron James signed with the LA Lakers tonight it was reported that he had spoken to Kawhi Leonard about teaming up in Los Angeles.

A source close to #LeBron tells me that #Kawhi Leonard reached out to James, telling him he very much wanted to play together. They spoke about Kawhi’s lockdown defensive ability, which would alleviate pressure off of LeBron.

Leonard has also reiterated that he wants to get traded to L.A.

Sources: As trade talks have unfolded, Kawhi Leonard’s focus is unchanged: He wants to be a Laker. https://t.co/0wZGf5MrNt

Kuzma might want to chill on the tweeting because there’s a good possibility he could be traded in the next few weeks.