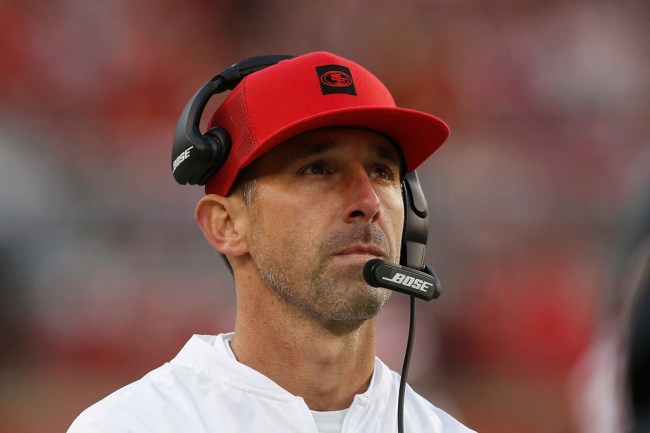 Kyle Shanahan is getting set to coach his 49ers in the Super Bowl on Sunday, but if it weren’t for a rather lengthy and detailed presentation he gave back in 2015 when he was with the Browns, he may not be where he is today.

Shanahan was Cleveland’s offensive coordinator during the 2014 season, the year of Brian Hoyer for those that don’t remember. The Browns went 7-9 that year, which happened to be their best record over the previous seven years, so things were *actually* looking up for Cleveland.

However, the now 40-year-old head coach in San Francisco didn’t necessarily like the way the franchise was going. Remember, Johnny Manziel was a rookie in 2014, so it was actually pretty strong insight from Shanahan.

Fast-forward to February of 2015 and Shanahan wanted out of his contract with the Browns. He wanted out of Cleveland so bad that he put together a 32-point presentation to convince head coach Mike Pettine and the rest of the front office of the Browns to let him out of his deal, which had two years left on it.

And no, it wasn’t a Powerpoint presentation, according to Cleveland.com it was all written out on paper.

Here’s some context, via Business Insider:

“At season’s end Shanahan, the lone bright spot on offense, perhaps, presented Pettine with a 32-point presentation on why he wanted to get out of his contract, sources said. And after much deliberation among lawyers and negotiation, in a bizarre precedent, a statement was crafted and Shanahan was a free man. … Allowing Shanahan to walk sent shockwaves through the building, with such a talented coach allowed to go at a time when the Browns desperately needed to develop a quarterback and with a quarter of the teams in the NFL needing a new offensive coordinator.”

The Browns absolutely could have fought for him to honor the remaining two years on his contract, but the Browns are the Browns, so that wasn’t the direction they went.

A week after he left Cleveland, the Falcons signed him to be their new offensive coordinator where he led Atlanta to the Super Bowl before San Francisco came calling offering him the head coaching position the next season.