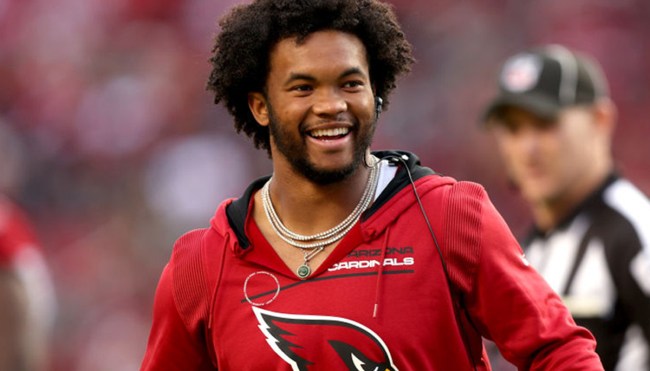 When you consider Kyler Murray is the son of a former Texas A&M quarterback and the nephew of an ex-MLB player, it’s not exactly a huge surprise that he possessed the athletic prowess to be drafted by the Oakland Athletics and the Arizona Cardinals in the first round of each league’s draft.

Murray would ultimately opt to go the football route and impressed scouts enough during his time at Oklahoma to get scooped up by Arizona with the first overall pick in 2019. It’s still too early to definitively rule if he made the correct call, but based on the stats and accolades he’s managed to rack up in just a few short years, it seems like it’s working out pretty well for him.

The quarterback’s impressive multisport résumé makes it easy to assume he was one of those kids that made everyone who played against him wonder why they bothered playing sports in the first place—and based on an old video featuring an 8-year-old Murray playing linebacker in Pop Warner, that would appear to be the case.

The clip in question was filmed in 2005 and was uploaded to YouTube the following year with a description that paints the future NFLer as “Former Texas A&M quarterback Kevin Murray’s son.” The hit he delivered appears to be pretty clean, but it’s also a textbook example of why many parents think twice before letting their kids play football.

To quote an ESPN segment that has not aged well: you just got…JACKED…UP!