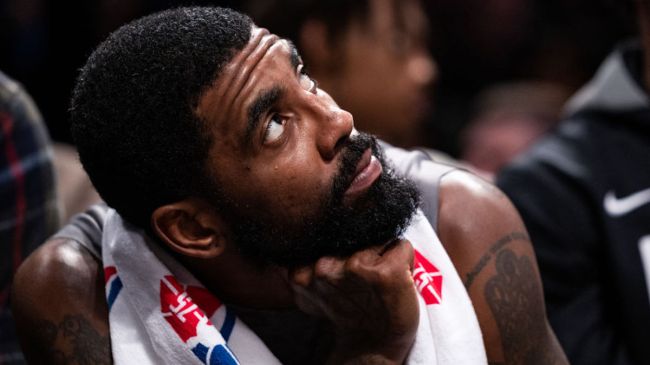 After being suspended by the NBA for five games as a result of his antisemitic rhetoric, Brooklyn Nets point guard Kyrie Irving has finally gotten the message and posted a legitimate apology on his Instagram story.

Irving’s legitimate apology comes just a few days after he released a statement in tandem with the Nets and the antidefamation league which commissioner Adam Silver did not consider to be a suitable mea culpa. Then, on Thursday, Irving held what the Anti-Defamation League called a “debacle of a press conference” and subsequently announced they would not be accepting Irving’s $500,000 donation.

“While doing research on YHWH, I posted a Documentary that contained some false anti-Semitic statements, narratives, and language that were untrue and offensive to the Jewish Race/Religion, and I take full accountability and responsibly for my actions. I am grateful to have a big platform to share knowledge and I want to move forward by having an open dialogue to learn more and grow from this,” Irving wrote on Instagram on Thursday night.

“To all Jewish families and communities that are hurt and affected from my post, I am deeply sorry to have caused you pain, and I apologize. I initially reacted out of emotion to being unjustly labeled antisemitic, instead of focusing on the healing process of my Jewish Brothers and Sisters that were hurt from the hateful remarks made in the documentary. I want to clarify any confusion on where I stand fighting against antisemitism by apologizing for posting the documentary without context and a factual explanation outlining the specific beliefs in the documentary I agreed with and disagreed with. I had no intentions to disrespect any Jewish cultural history regarding the Holocaust or perpetuate any hate. I am learning from this unfortunate event and hope we can find understanding between us all. I am no different than any other human being. I am a seeker of truth and knowledge, and I know who I am.”

Irving’s apology comes after the Brooklyn Nets point guard tweeted out a link to the film “Hebrews to Negroes: Wake Up Black America”, which — among many other antisemitic tropes —  proliferates a fake Hitler quote about the “true Jews”, states that the six million Jewish people that were killed during the Holocaust is “one of five major falsehoods” and is a result of “the Jewish controlled media,” and also says that “many famous high-ranking Jews” have “admitted” to “worship[ing] Satan or Lucifer.”

RELATED: Here’s How The Rest Of The NBA Currently Views Kyrie Irving