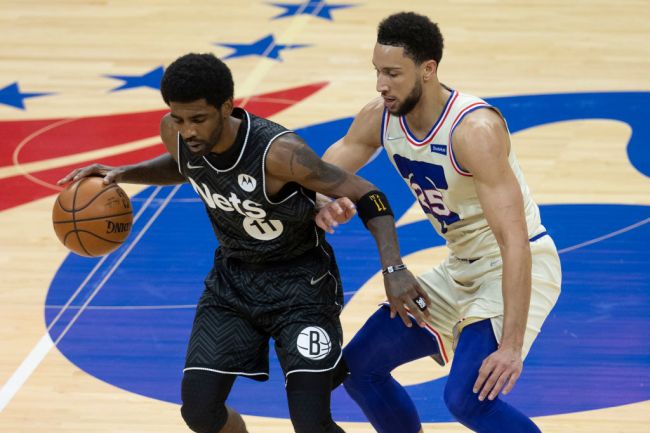 Despite all the rumors, it appears that Kyrie Irving is going to be a Brooklyn Net for as long as Kevin Durant wants him to be.

For the entire offseason, there have been rumblings that the Nets were interested in moving Irving.

On Wednesday ESPN’s Stephen A Smith appeared to confirm that the Nets were interested in trading Irving to the Sixers for Ben Simmons but Durant immediately shot down that idea.

Stephen A Smith just said the Nets would have traded Kyrie Irving for Ben Simmons but Kevin Durant is the one who said no, not GM Sean Marks. pic.twitter.com/aYYG76qbyT

Remember all the trade scenarios I talked at the beginning of the show…Here’s another thing that could have happened, Kyrie could have ended up in Philly, Sean Marks could’t do that because KD wasn’t having it, KD was like Kyrie is going no damn place”

Simmons would be a nice compliment for Durant and Harden so the trade makes sense for the Nets but it seems like KD isn’t interested.