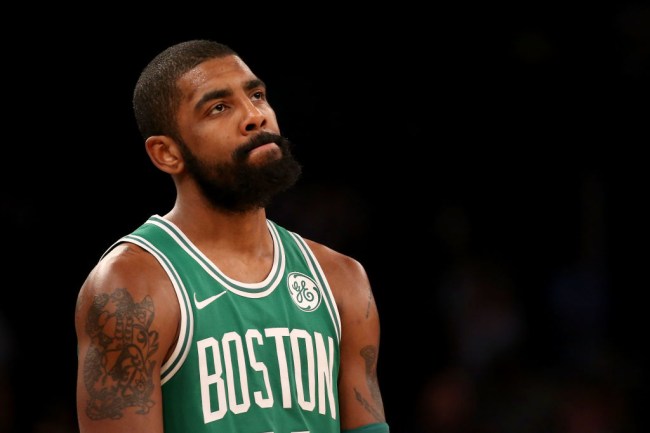 During the post game media scrum in the locker room, the Boston Celtics star was asked how special it was to play on Christmas and his answer is infuriating.

“The hoopla on Christmas doesn’t really … I don’t really get into that. I don’t really necessarily think of Christmas as a holiday, so I’m just happy I get to be with my family, so looking forward to playing in front of the fans on the 25th and just playing against a high-level Washington team and going against great guys and then, of course, opening presents and that whole thing.”

Earlier this year, Irving caught some heat on the Internet for saying that he believed the Earth was flat.

“It was all an exploitation tactic. It literally spun the world — your guy’s world — it spun it into a frenzy and proved exactly what I thought it would do in terms of how all this works,” Irving said, per CBS Sports. “It created a division, or, literally stand up there and let all these people threw tomatoes at me, or have somebody think I’m somehow a different intellectual person because I believe that the Earth is flat and you think the world is round. It created exactly that.”