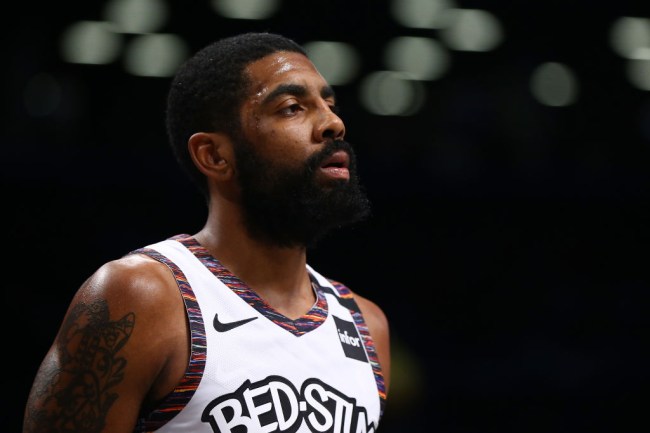 It’s no secret that Kyrie Irving is an injury-prone player, but after the news of him having season-ending shoulder surgery broke on Thursday, the list of injuries that have plagued him has officially hit an absurd level.

Irving’s first season with the Nets officially comes to a close after appearing in just 20 games this year. While he was elite averaging 27.4 points per game this season, there’s no denying that this has been quite the frustrating year for Nets fans given the latest news about Irving and Kevin Durant still continuing his rehab process.

The Nets have managed to hold onto the No. 7 spot in the Eastern Conference with all the struggles, but it may be time for Brooklyn fans to really start worrying.

The list of injuries that have plagued Irving throughout his career since his freshman year at Duke is beyond crazy.

There’s no denying that some players are simply more prone to get injured than others, it’s just how life and sports work, but that still doesn’t make this list any less eye-opening.

It hasn’t just become a pattern for Irving to get injured, it’s, unfortunately, his new norm.

Perhaps the craziest thing here is that Irving is still only 27-years-old, but given the wear and tear he’s had to go through over his career, it’s pretty clear his body isn’t holding up like the majority of the 20 something-year-old’s bodies around the NBA.