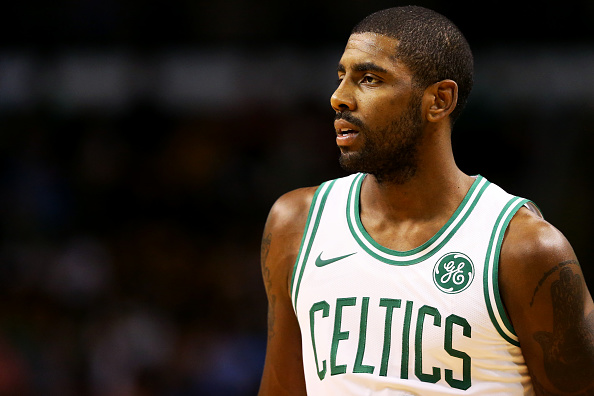 BOSTON, MA - OCTOBER 2: Kyrie Irving #11 of the Boston Celtics looks on during the first half against the Charlotte Hornets at TD Garden on October 2, 2017 in Boston, Massachusetts. NOTE TO USER: User expressly acknowledges and agrees that, by downloading and or using this Photograph, user is consenting to the terms and conditions of the Getty Images License Agreement. (Photo by Maddie Meyer/Getty Images)

Don’t ask Kyrie Irving about LeBron James. After last night’s Celtics- Sixers game, one Sixers fan tried to heckle Kyrie as the Celtics headed into the locker room by asking him “Where’s LeBron?”.

Kyrie wasn’t having it an immediately cursed at the fan and told him to “suck my dick”.