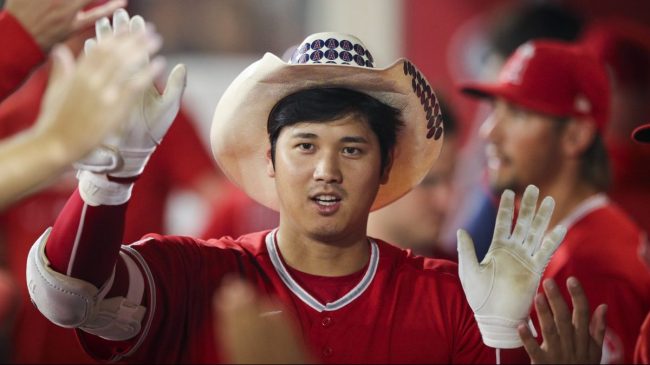 The reigning American League Most Valuable Player has yet against been dominant in 2022. He’s proved to be one of the league’s best hitters at the plate and one of its best pitchers on the mound.

While New York Yankees outfielder Aaron Judge may well win the American League MVP, it’s hard to argue that anyone provides the value to their team that Ohtani does to the otherwise lowly Angels.

One picture in particular shows just how preposterously dominant Ohtani has been in 2022.

The Angels, as they’ve been for much of the last decade, are an abject disaster. The team is 59-76 and nowhere near a playoff spot. Team owner Arte Moreno recently announced that he will explore selling the franchise, much to the delight of Angels fans.

Even with that said, Ohtani’s sheer dominance is eye-popping. The 28-year-old leads Los Angeles in each of the following categories: hits, batting average, on-base percentage, RBIs, home runs, wins, ERA and strikeouts.

Ohtani’s 32 home runs are second in the American League. His 85 RBIs rank fourth. He’s fifth in the league in ERA and fifth in strikeouts.

Simply put, Ohtani is absolutely dominant on the mound and at the dish. Baseball has never and likely will never see anything like him again. Baseball fans were absolutely floored by his stats.

Many feel he should win his second straight league MVP.

The best player in baseball is Japanese and deserves the MVP https://t.co/a0pBxx6g0x

The literal definition of an MVP https://t.co/Cu5YOH6q8M

I know sportswriters vote on MVP and they care about these weird "narratives" they make up in their head about "New York" and "how good the rest of the team is" but c'mon this is absolutely insane and way more valuable than Aaron Judge mashing a bunch of dingers https://t.co/orXS0hrN88

Aaron Judge is a phenomenal baseball player having a fantastic year. But it’s becoming nearly impossible to deny Ohtani.