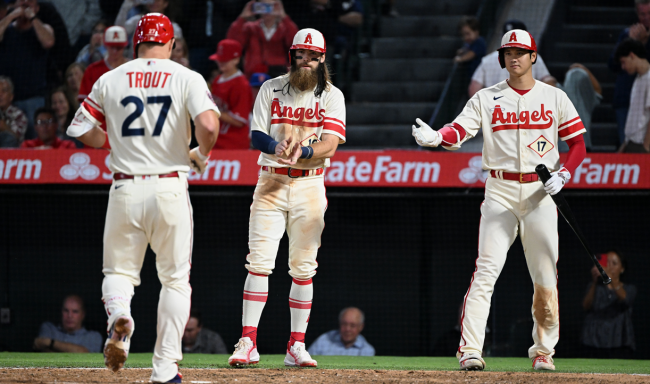 When outdoor media magnate Arte Moreno purchased the then Anaheim Angels from the Walt Disney Company (who changed the name from the California Angels) in 2003, becoming the first Mexican-American to own a major professional sports franchise, the baseball world was very excited.

Then, after drawing more than 3 million fans in 2003 and 2004, he changed the name of the team to the Los Angeles Angels of Anaheim, got sued by the city of Anaheim for changing the name, and alienated many Orange County residents before finally dropping the Anaheim from the team’s name in 2016.

Now, five years later and after 19 seasons without a single appearance in the World Series (the Angels last appeared in a World Series the year before Moreno bought the team), the 76-year-old Angels owner has announced he is exploring selling the team.

“It has been a great honor and privilege to own the Angels for 20 seasons,” Moreno said in a statement released on Tuesday. “As an Organization, we have worked to provide our fans an affordable and family-friendly ballpark experience while fielding competitive lineups which included some of the game’s all-time greatest players.

“Although this difficult decision was entirely our choice and deserved a great deal of thoughtful consideration, my family and I have ultimately come to the conclusion that now is the time. Throughout this process, we will continue to run the franchise in the best interest of our fans, employees, players and business partners.”

Moreno purchased the Angels in 2003 for $184 million. Today, the Angels have an estimated value of $2.2 billion.

Many baseball fans, tired of seeing generational talents like Mike Trout and Shohei Ohtani playing on underachieving, sub-.500 teams were overjoyed at the news about the Angels’ potential sale.

I'll celebrate if the new owners are actually good, but for now I can see the light at the end of the tunnel

Next up (at least according to fans), the Tigers and the White Sox?

I fixed it for you Jeff.