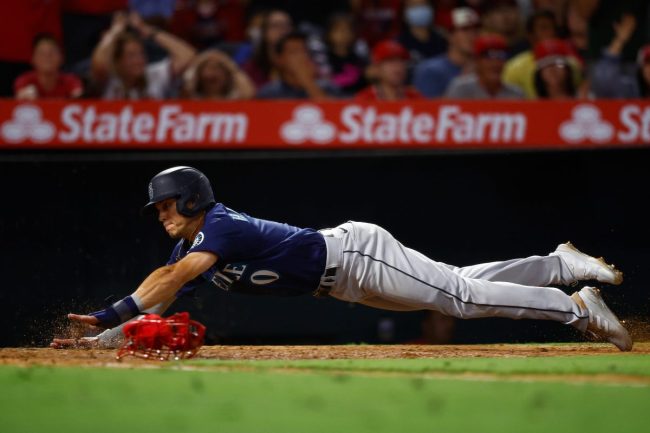 The Los Angeles Angels continue to shoot themselves in the foot this season.

After starting the year as one of the MLB’s best teams, LA went on a horrid streak that saw the club drop below .500. Despite having two MVP candidates on the roster, Los Angeles has yet to recover, currently sitting at 51-65.

And they’ve figured out how to lose in a variety of ways. They tied an MLB record by hitting eight solo home runs in a loss to the A’s. They’ve seen umpires allow baserunners to reach base after just three balls in critical points of the game.

But their latest loss to the division rival Mariners pretty much summed up their entire season.

Heading into the 9th inning of a 2-2 game, the Angels looked like they forgot how to play baseball. After allowing a leadoff single, Los Angeles would throw the ball around, letting three runs to score without seeing a hit leave the infield.

This is what happened in the 9th inning with the Angels and Mariners 😭 mind you it was TIED pic.twitter.com/GUJZPpstuz

A walk followed the single, giving the Mariners a pair of baserunners. That’s when it all fell apart.

Seattle hit three straight groundballs, none of which left the infield. On the first, the Angels forced a rundown, but nobody covered home plate after the initial throw, allowing a Mariner to score easily.

On the next play, the catcher failed to secure a throw from third base with the ball popping out of his glove as he tried to make a tag. On the following play, the third baseman tripped after picking up a grounder, allowing another runner to cross the plate.

All around bad baseball.

Fans had some fun at the Angels’ expense after the game.

Fans react to Los Angeles’s loss to the Mariners

A summary of last night’s 9th inning for the #Angels pic.twitter.com/9guM4xttS4

That top of the 9th inning is one of the most chaotic, worst defensive innings I've ever seen. Angels really messed that one up.

The Angels lost the game 6-2 in what was a microcosm of their 2022 season.