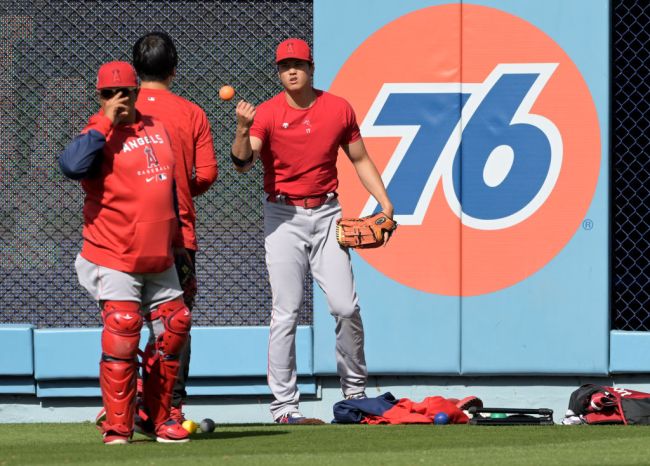 At this point, it seems like there isn’t anything that can go right for the Los Angeles Angels.

They lost Anthony Rendon early in the season. They went through a losing streak in June that was so bad they tried to fix it by changing all of their players’ walk-up songs to Nickelback songs. They’ve been missing Mike Trout recently because of an injury. They gave up a decent chunk of their remaining talent at the trade deadline.

Now they’ve left their mark on MLB history in an unfortunate way. The Angels took on the Oakland A’s in Los Angeles today in a battle of the AL West’s two worst teams.

The Angels hit another solo shot in the bottom of the inning, cutting the A’s lead to 4. Then they hit solo homers in the 6th, 7th, and 9th innings. Despite the pair of home runs from Shohei Ohtani and homers from Kurt Suzuki, Taylor Ward, Jo Adell, Jared Walsh, and Mickey Monica, the Angels lost 8-7.

Make that SEVEN Home Runs for The Angels.

They trail by only ONE pic.twitter.com/uBDDJFOdpE

The 7 home runs tied an MLB record for the most home runs hit by a team in a losing effort. The Angels joined the White Sox and the Tigers as the only teams in the history of major league baseball to hit 7 home runs in a single game and lose.

After making this kind of history, Angels fans have to just be counting down the days until this season comes to an end.