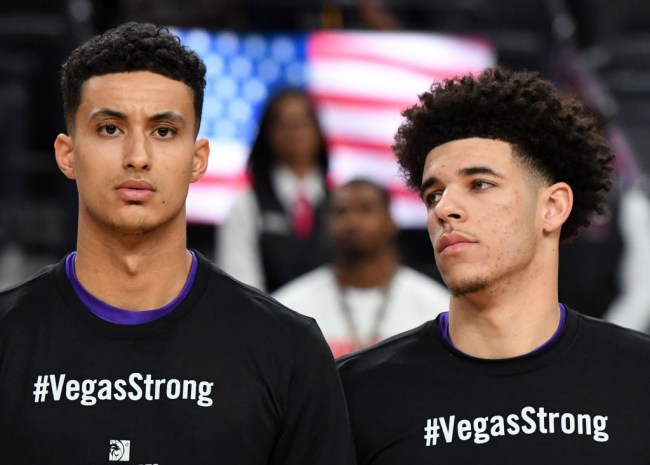 Earlier this week, Lonzo Ball dropped a diss record on social media mocking teammate Kyle Kuzma. Many media members felt like Lonzo went a bit too far when he made a reference to Kuzma not growing up with his biological father.

Don’t know who your daddy is, well your ass is getting sonned

The Lakers, who are attempting to recruit LeBron James this summer, have stepped in and have asked Kuzma and Ball to cut it out.

Though Kuzma and Ball are close friends, the Lakers had grown concerned about the increasingly personal nature of some of the recent roasting between two of their young stars, sources told ESPN.

Sources said the team spoke to both players and that there are no lingering issues and that both players agreed to tone down the joking insults on social media. After dealing with a social media fiasco involving the D’Angelo Russell-Nick Young video in 2016, the Lakers wanted to make sure to nip things in the bud before the potential of anything escalating.

It’s understanding that the Lakers are worried about young players crossing the line with each other after going through the D’Angelo Russell-Nick Young situation but it’s pretty clear that Kuzma and Ball are good friends and that their social media feud was all in good fun.