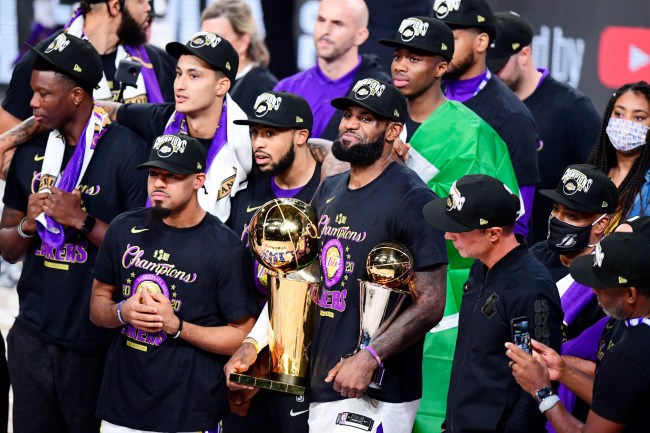 It’s been nearly four years since an NBA team has gone to the White House but it appears that the Lakers are planning on breaking that streak.

On Thursday, Yahoo Sports’ NBA insider Chris B.Haynes reported that the Lakers are looking forward to visiting the White House later this year after President-elect Joe Biden is sworn into office.

The Los Angeles Lakers are looking forward to reconvening a post-championship tradition of visiting the White House at some point during the 2020-21 season after President-elect Joe Biden is sworn into office as the 46th President of the United States, league sources told Yahoo Sports.

The ceremonial transferring of power from President Donald Trump to Biden takes place on Jan. 20.

Members of the franchise — from players to management — see it as a pleasure and an honor to have their accomplishment recognized by the incoming president, but reconvening the tradition this season shall depend on logistics, sources said.

Lakers star LeBron James endorsed Biden during the election and had already said that he would go to the White House to celebrate the team’s championship back in Novemeber.

It’s unclear when the Lakers would have an opportunity to visit the White House as the league has yet to unveil the schedule for the second half of the seson.

NBA teams fresh off of a championship season typically visit the president at the Oval Office the following year when they travel to the nation’s capital to play the Wizards.

At this point, the NBA has only released the first half of the NBA schedule — Dec. 22, 2020 to March 4, 2021 — and the Wizards hosting the Lakers didn’t make the first portion of the schedule.

No NBA team has visited the White House while Donald Trump has been in office after the President got into a public spat with Warriors guard Steph Curry back in 2017.