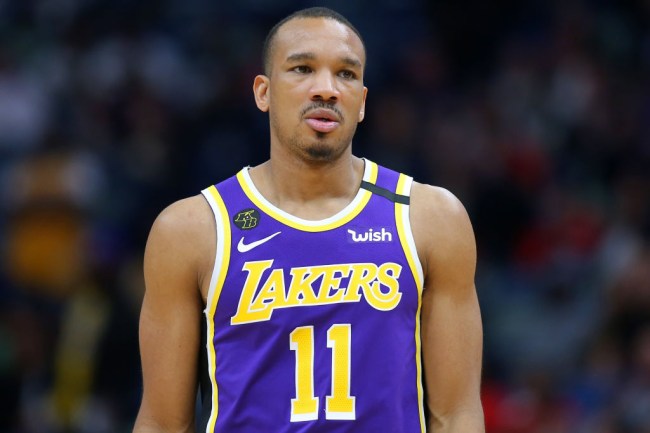 This year, Lakers shooting guard Avery Bradley will not be hitting a buzzer-beater in the seventh game of the NBA Finals to bring the Larry O’Brien trophy back to Staples Center, and no, it has nothing to do with the fact that there’s a zero percent chance LeBron James would allow anyone not named “LeBron James” to have the ball in their hands in that scenario.

The NBA seemed to pick one of the sickest options out there when it decided the safest way to finish the season was to have teams gather inside a bubble at Walt Disney World Resorts, but unfortunately for the league, “sickest” has taken on a more literal meaning in recent weeks as opposed to the “guy in an upside-down visor hacking a laptop on a skateboard” vibe it originally possessed.

Bradley ultimately decided to bring his first season with the Lakers to a premature end, as he announced he wouldn’t be making the trip to Orlando due to his six-year-old son’s rocky history with respiratory illnesses. His decision opened the door for the team to sign J.R. Smith, so I think it’s safe to say everyone won in the long run.

Bradley isn’t the only player who sitting out the remainder of the season but his case is an interesting one because he probably had a more realistic chance of winning a championship than all of the other guys combined.

He got to play alongside The Big Three in Boston during his first full season as a Celtic but that’s the closest he’s gotten to sniffing a championship during his 10 years in the league, and while some guys spend their career chasing a ring, Bradley doesn’t seem too concerned about adding one to his collection based on what he told Yahoo Sports:

“To be honest, I don’t struggle with not being in Orlando. I am at a point in my life where I have learned not to make decisions until I am sure of what I am doing. In regards to my team, I am positive they will be fine. A championship is meaningful in this league. That energy alone will see them through and I support them.”

On Tuesday, Lakers GM Rob Pelinka pulled a classy move by calling up Bradley to let him know he’ll get some hardware for his contributions during the season if the team wins the title regardless of his absence at the end of it. It seems like he appreciated the gesture, but at the same time, it kind of appears he could not care less either way:

“Will I accept the ring? I’m neither here nor there about it. I am 10 years in this league. The physical possession of a ring doesn’t make me feel like more or less of a person. I play basketball strictly for enjoyment and to add to the support of my family. Supporting them is exactly what I’m doing right now.”

A championship may not make him feel like more or less of a person, but it definitely couldn’t hurt. Yeah, yeah, he plays basketball just for the enjoyment of the game, but I mean, c’mon, who doesn’t want to show off their shiny Lakers championship ring? I’ll take it if he doesn’t.