The Lakers Are Signing J.R. Smith And I Need A Reality TV Show With Him And Dion Waiters More Than Anything Else In Life 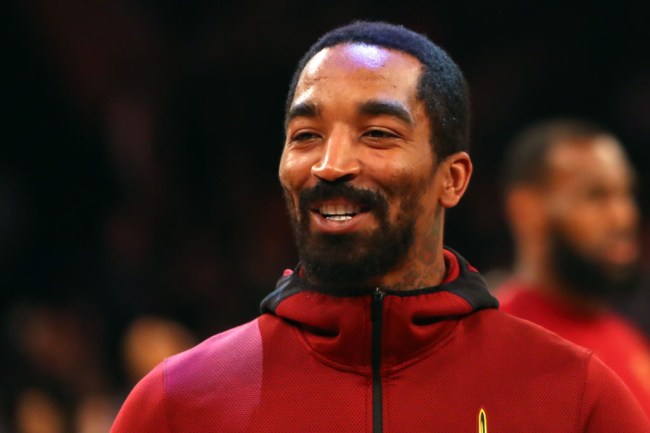 The NBA is currently dealing with a shitstorm of increasing intensity after it became clear basically any other location in the United States would’ve served as a better venue to play out the rest of the season than Orlando, but by the time that reality sank in, it was far too late to pivot to an alternative.

Certain players are understandably not super thrilled with the concept of heading to the literal center of a state in the throes of a pandemic, and to the league’s credit, it won’t be doling out any punishment to anyone who decides it’s not worth the risk.

Last week, Davis Bertans and Trevor Ariza became the first dominos to fall and several other players have followed their lead since then—including Avery Bradley, who is understandably declining to take the trip to Florida in order to protect the health of a son with a history of respiratory illness. This left the Lakers with a void to fill at the guard position, and shortly after, we were treated to some absolutely thrilling news when it was revealed J.R. Smith was the top candidate to replace him.

The possibility of Smith incurring the wrath of LeBron James by ripping a giant brain fart with a game on the line was exciting enough on its own but you also had Dion Waiters to sweeten the pot, as the man who got suspended for managing to overdose on weed gummies teaming up with one of the league’s most noted marijuana connoisseurs in a bubble where drug tests will be nowhere to be found is truly a match made in heaven.

Now, I’m thrilled to inform you that it appears our dreams have been realized, as there are multiple reports a deal to have Smith join the Lakers in Orlando will soon be announced once all of the details are finalized.

Free agent guard J.R. Smith and the Lakers are working through final steps of a deal today and he will be added to roster for the Orlando restart, sources tell ESPN.

If the NBA wants to make up for some of the entertainment that was lost by putting the season on hold, they’d have cameras following Smith and Waiters everywhere they go (with the exception of the bathroom they tend to frequent with a shower cap on the smoke detector and a towel shoved into the bottom of the door), as you’re not going to find many opportunities in life that are more golden than that.