The NBA Agrees To Eliminate Drug Testing During Hiatus 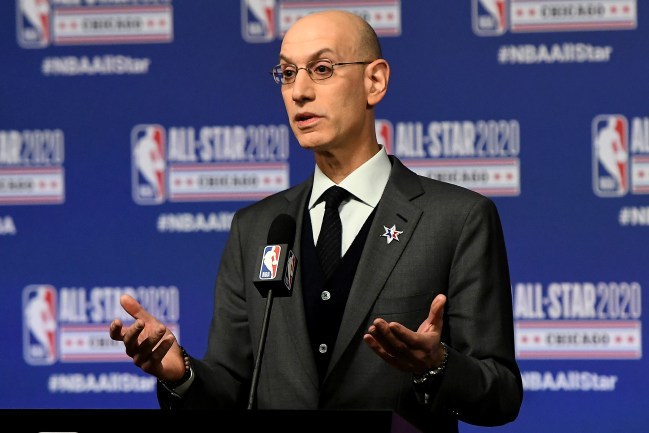 The NBA is going to be on hiatus for a while due to the coronavirus outbreak and during the time off the NBA has come to an agreement with the NBAPA to temporarily eliminate all drug testing for the time being.

The NBA and NBPA agreed to suspend player drug testing during the moratorium to address concerns regarding the proximity of drug testers amid coronavirus and the sensitivity of drawing blood, according to sources. Yahoo first reported suspension of NBA drug testing.

Via Chris B. Haynes of Yahoo Sports

The NBA and the National Basketball Players Association have reached an agreement to not subject players to drug testing during the hiatus caused by the coronavirus, league sources told Yahoo Sports.

This rare agreement is only temporary, sources said.

Marijuana, steroids and performance-enhancing drugs are some of the banned substances in the league’s anti-drug program, even though some states allow recreational and medicinal marijuana use for those 21 or older.

As of now, the NBA is hopeful to restart operations in June but there’s still uncertainty on how the coronavirus outbreak will continue to affect the United States in the upcoming months.

CDC recommendation of no events of 50-plus people for next two months comes as a number of NBA owners and executives increasingly believe a best case scenario is a mid-to-late June return to play — with no fans. League's scouting for possible arena dates all the way thru August.

For now, there’s a working plan that games would return without fans, and teams have been told to search out arena dates well into August for the playoffs, sources said. Teams have been directed to give the league office potential dates at smaller nearby game venues, including team practice facilities, that could spare the use of empty, cavernous arenas and possibly provide backdrops to unique television viewing lines.

While there is growing concern about what’s coming and the health of American society, there remains some optimism that the season can be resumed. Mostly, there is uncertainty because no one — not owners, not Silver — can be certain based on the unfolding of the coronavirus impact and how dramatically the escalation of the crisis will impact the league’s ability to resume.

It’s going to be a strange few months but hopefully the coronavirus gets contained in the upcoming months and everything can get back to normal eventually.