Miami Heat Guard Dion Waiters Reportedly Overdosed On ‘Gummies’, Had Seizure And Was Unconscious On Plane Before Being Transported To Hospital 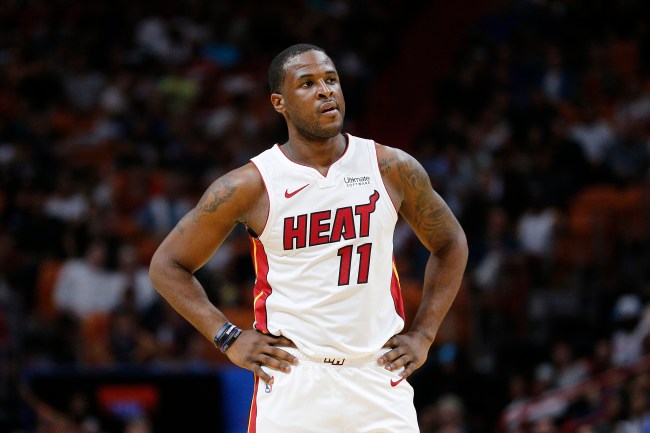 It seems like Dion Waiters is dealing with a serious medical emergency.

For the past few days, the Miami Heat guard has been out of the lineup dealing with a stomachache.

#MIAvsPHX INJURY UPDATE: Chris Silva (cold) and Derrick Jones, Jr. (groin) are both probable for tonight’s game vs the Suns.

KZ Okpala (Achilles) has been ruled out.

Before today’s Heat-Lakers game, Miami based sports reporter Andy Slater revealed that a Heat player had been transported to the hospital from the airport.

SLATER SCOOP: A Miami Heat player had a medical emergency on their flight from Phoenix to Los Angeles on Thursday night, according to sources.

A Heat spokesman told me the team cannot comment due to medical confidentially laws.

Apparently, Waiters was the player in the original report who was sent to the hospital and he reportedly overdosed on “gummies” while on the team plane while flying to LA from Phoenix.

It’s unclear what was in the gummies that caused Waiters to pass out but I’m sure we’ll find out soon enough.

Update: Brian Windhorst of ESPN says Dion suffered from a panic attack due to eating the gummy.

Waiters received medical treatment after the plane landed in Los Angeles following the Heat’s victory over the Phoenix Suns. Waiters was listed as out for Friday’s game against the Lakers because of illness and did not attend the game.

Waiters has now been suspended 10 games by the Heat over the incident.

The Heat believe Waiters was given the “gummy” by a teammate, but Waiters has been reluctant and has decided not to say who provided it, sources tell @TheAthleticNBA @Stadium. Waiters has had a tumultuous series of events with Miami this season.