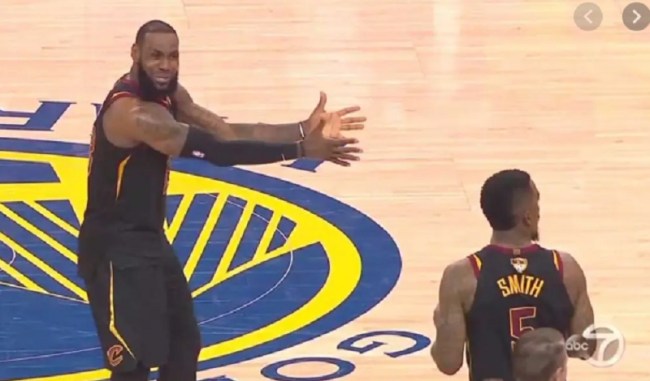 On Tuesday night, Lakers guard Avery Bradley announced he was sitting out the NBA season restart in Orlando because he didn’t want to put his son’s health at risk.

At forefront of Bradley’s decision to remain w/ his family is the well-being of the oldest of his 3 children. His 6-year old son has a history of struggling to recover from respiratory illnesses and would’ve been unlikely to be medically cleared to enter bubble with his family. https://t.co/yputDg2VJp

“As committed to my Lakers teammates and the organization as I am, I ultimately play basketball for my family,” Avery Bradley said. “And so, at a time like this, I can’t imagine making any decision that might put my family’s health and well-being at even the slightest risk.

Following Bradley’s announcement, it was revealed that the Lakers were interested in signing JR Smith as a replacement.

Of course, the Internet immediately had jokes about the Lakers’ interest in bringing Smith into the Disney bubble.

When JR Smith breaks the Disney Bubble to go hit the club pic.twitter.com/41zGsViwWR

Jr smith when he gets to the lakers facility:
“When did we get giannis??” pic.twitter.com/1lg9EgjXpW

JR Smith and Dion Waiters on the same team. We need it. pic.twitter.com/4CT6ZRZSZO

JR Smith living in Disney World for 3 months is a reality show I would watch. https://t.co/YaVksuPrAf

JR Smith and Dion Waiters seeing each other both become Lakers this year pic.twitter.com/VMeb3EB7JQ